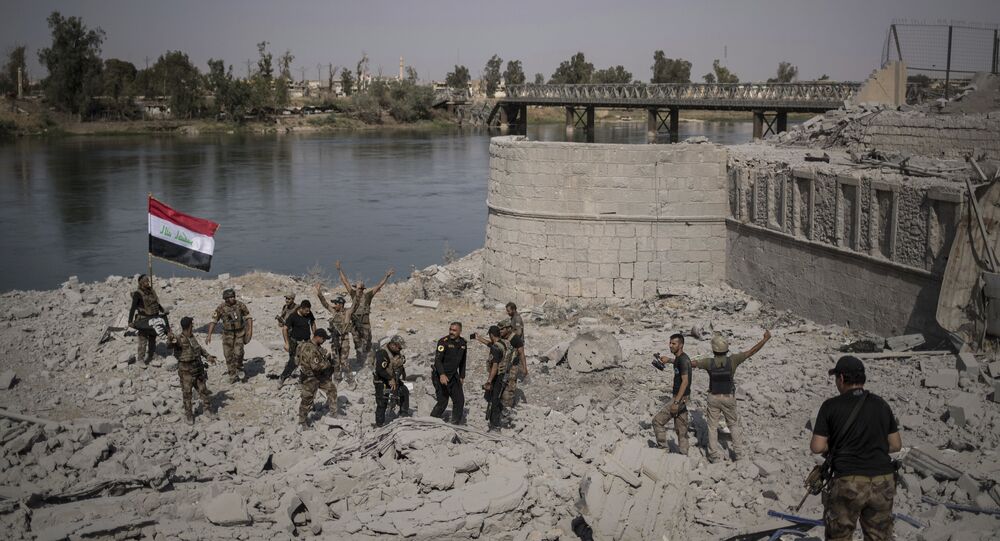 The fighting broke out with renewed vigour in some areas of the western part of Iraqi Mosul, despite its announced liberation from terrorists, a Sputnik correspondent reported on Thursday.

"Today, the clashes escalated in the areas of Al-Shahwan and Al-Maidan, several soldiers were wounded," a military source told Sputnik.

According to the source, the security forces have not been able to advance in these areas yet, despite the fact that fighting has been taking place for the third day already. He also said that the militias from the suburbs of Mosul had moved out to reinforce the group of security forces.

Military helicopters are constantly performing combat and reconnaissance missions assisting the servicemen from the air.

Mosul fell under control of terrorists in 2014 and was since then the key terrorist stronghold in Iraq. The operation to recapture the city was launched in October 2016 by the Iraqi troops backed by the US-led international coalition. The eastern part of the city was liberated in January.

Road of Life, Smell of Death in Mosul