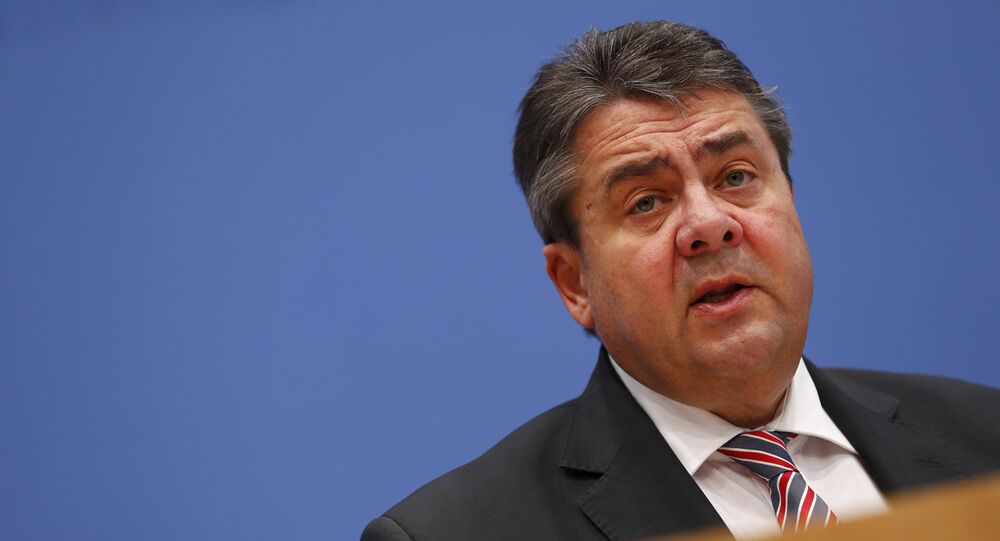 Damascus has to clarify the true scale of its chemical weapons program and cooperate with the Organisation for the Prohibition of Chemical Weapons (OPCW) in connection with the April incident in Syria's Khan Sheikhoun, German Foreign Minister Sigmar Gabriel said Wednesday.

© AFP 2021 / Ammar al-Arbini
'Craftsmen of Fake Stories': CIA 'Makes Up' Chemical Weapons Evidence to Justify US Assad-Must-Go Policy
BERLIN (Sputnik) — Gabriel made the comment while delivering a statement to mark the 100th anniversary of the first use of mustard gas by German troops in Belgium's Ypres during the First World War. Speaking of the particular role Germany has to play in creating the world free of chemical weapon, he touched upon the chemical weapon use in Syria and Iraq.

"The [Syrian President Bashar] Assad regime must provide final clarity on the actual scope of its chemical weapons program and work together with the OPCW [on the issue]," Gabriel said, as quoted by the German Federal Foreign Office's press release.

Gabriel added that Germany should do everything to make sure that those responsible for the "horrible chemical weapon attacks" were prosecuted.

"We therefore particularly support the OPCW… to continue fighting for this goal and make it impossible to use these barbaric weapons, which can cause great suffering even in the smallest quantities," Gabriel said.

On April 4, the National Coalition for Syrian Revolutionary and Opposition Forces, supported by the United States, blamed Damascus for the Khan Sheikhoun chemical weapons incident, which killed 80 people, including children, and injured 200 more. The Syrian authorities refuted the accusations and placed the blame on local militants and their patrons. Reacting to the incident, Washington, which had not presented any proof of chemical weapon use by Damascus, launched 59 cruise missiles at the Syrian governmental military airfield in Ash Sha’irat on April 7.

On June 20, the OPCW said that its fact-finding mission confirmed that man-made nerve agent sarin was used in Khan Shaikhoun, adding that the report was sent to the United Nations Security Council.