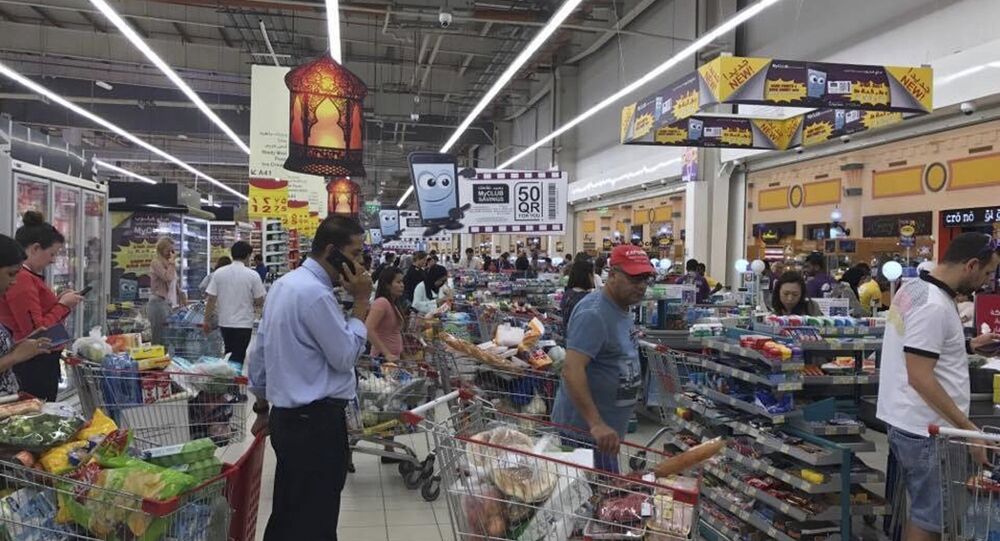 Turkey sent 200 cargo aircraft, loaded with goods worth more that $20 billion to Qatar, subjected to an economic blockade by the Gulf countries since early June due to its alleged terror support, Economy Minister Nihat Zeybekci said Tuesday.

ANKARA (Sputnik) – Zeybekci noted that Qatar was not a "country-terrorist."

"Turkey is not helping [Qatar], it exports the goods, which had been already paid for. We have possibly made ever largest operation on goods delivery by 200 planes," Zeybekci told the local TRT television channel, adding that the supplied goods were worth over $20 billion.

© CC BY 2.0 / Juanedc / Doha, Qatar
Why Qatar is Using Special Food Markings Amid Arab States’ Embargo
On June 5, Saudi Arabia, Egypt, Bahrain and the United Arab Emirates broke off diplomatic relations and communication with Qatar, accusing it of supporting terrorism and interfering in their internal affairs. The Maldives, Mauritius, and Mauritania followed suite, while Jordan and Djibouti reduced the level of their diplomatic missions in Qatar. On Friday, Saudi Arabia, the UAE, Bahrain and Egypt accused Qatar of derailing Kuwait’s efforts to mediate a way out of their standoff.

In late June, the Gulf States put forth 13 demands to Qatar, including lessening the level of relations with Iran, the halt of terror funding, and non-interference in the internal affairs of the Arab countries. Qatar rejected the demands regarding them as neither acceptable nor based on evidence.