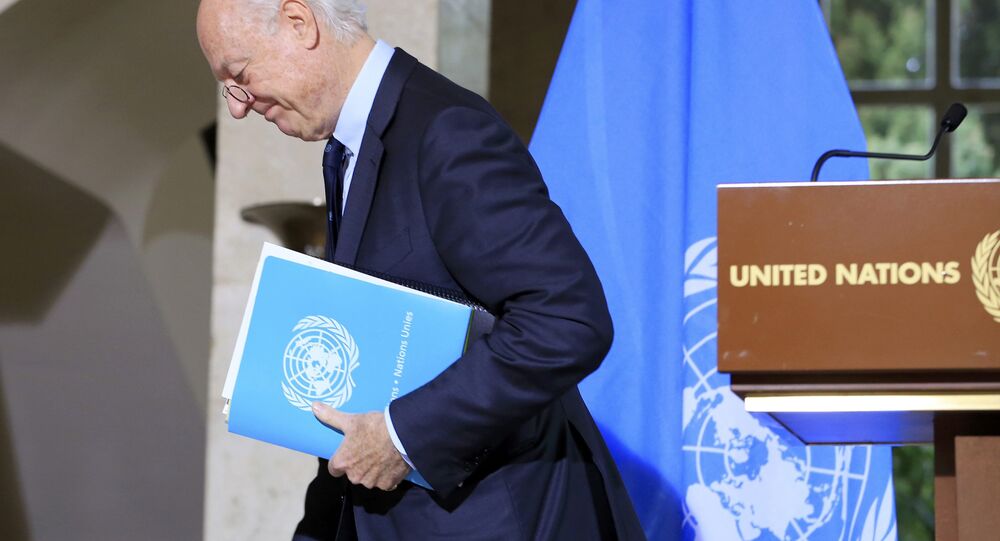 UN Special Envoy for Syria reiterated in an interview with Sputnik the vital need for Syrian Kurds to take part in the process of the nation's constitution drafting.

© AFP 2021 / FABRICE COFFRINI
Syrian Opposition Groups to Agree on Syria's Future Soon - De Mistura to Sputnik
GENEVA (Sputnik), Anastasia Levchenko — UN Special Envoy for Syria Staffan de Mistura reiterated in an interview with Sputnik the vital need for Syrian Kurds to participate in the process of drafting the nation's constitution, adding that he believed their voices will be hard to ignore once this process starts.

"The Kurds are an important relevant community. Syrian Kurds will have to have a righteous saying in what will be the future constitution, or changes of the current constitution," de Mistura said.

"At the moment, we are having technical talks about schedule and process rather than the actual constitution. When the time comes, it will be very difficult to ignore the voice of the Kurdish Syrian community," he added.

The Syrian opposition High Negotiations Committee has a Kurdish representative in the delegation, the UN special envoy noted.

"We will cross the bridge when actually the constitution will become a drafting element among Syrians. It is safe to say that when the Syrians start working among them regarding the future constitution, all parts and components of Syria will be and will have to be included," de Mistura said.

Pentagon Suggests US Will Keep Arming Kurds in Syria After Raqqa