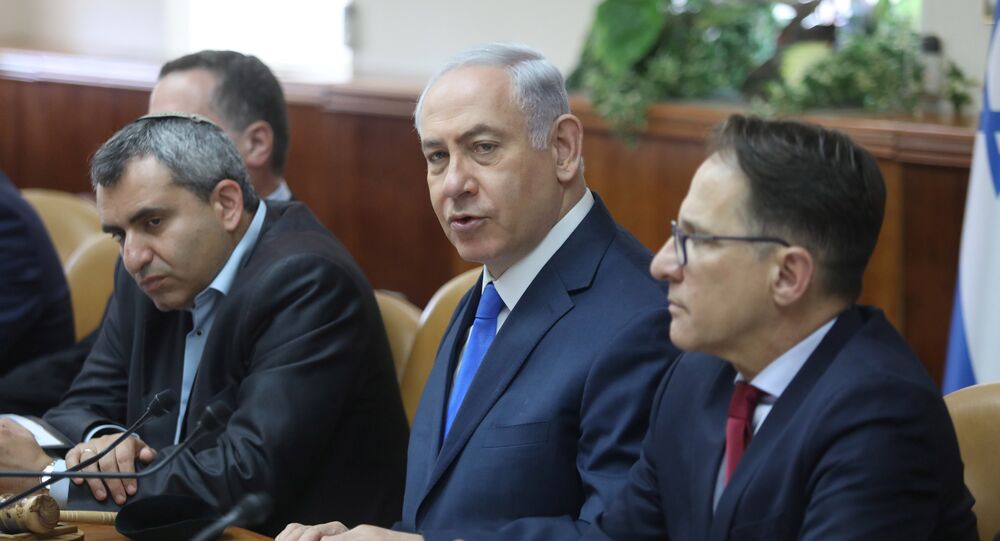 Israeli Prime Minister Benjamin Netanyahu said that Russia and the United States should take into account that Israel does not want the new Syrian ceasefire to allow Iran to boost its military presence in southwestern Syria.

TEL AVIV (Sputnik) — Israel hopes that Russia and the United States will take into account that Israel does not want the new Syrian ceasefire to allow Iran to boost its military presence in southwestern Syria, Prime Minister Benjamin Netanyahu said Sunday.

"Israel will welcome the real cessation of hostilities in Syria but it must not result in consolidation of the Iranian and its satellites' forces in Syria in general and particularly in Syria's south," he added.

© Sputnik / Mikhail Voskresensky
Putin: Russia, Israel Reach 'Breakthrough' on De-escalation Zones in Southern Syria
The prime minister said that he had discussed the issue during phone conversations with Russian President Vladimir Putin and US Secretary of State Rex Tillerson.

"Both of them told me that they understood the Israeli position and would consider our demands," Netanyahu said at the Cabinet's session.

On Friday, Russian Foreign Minister Sergey Lavrov said, after the talks between Putin and US leader Donald Trump that the United States, Russia and Jordan agreed on ceasefire in southwestern Syria starting at noon Damascus time (09:00 GMT) on July 9. The United States and Russia have committed themselves to ensuring the implementation of the ceasefire.