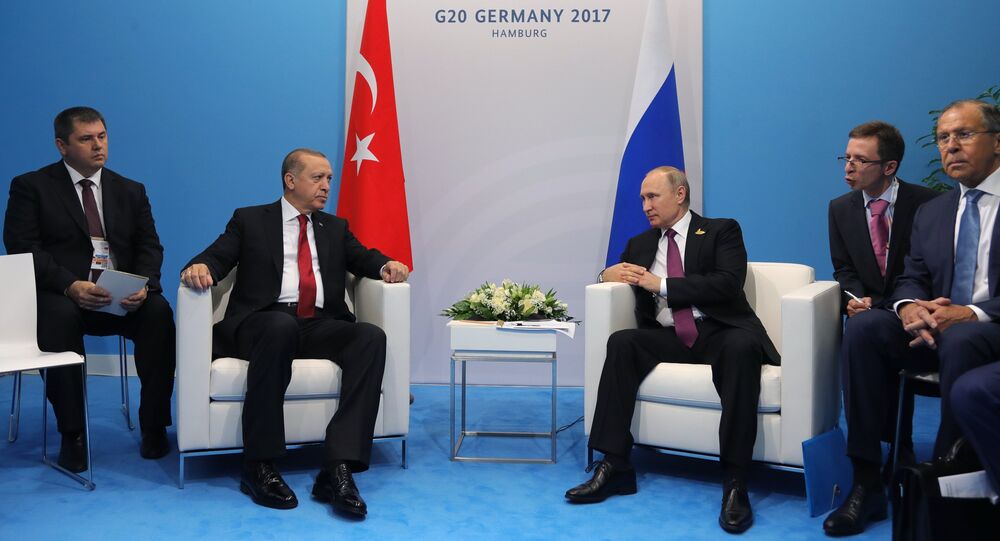 Vladimir Putin said that the situation in Syria has significantly improved, with the terrorists having suffered significant losses.

© REUTERS / Steffen Kugler/Courtesy of Bundesregierung
Trump-Putin Talks Mark First Step in Defusing Tensions Over Syria, Ukraine
MOSCOW (Sputnik) – The situation in Syria has significantly improved, with the terrorists having suffered significant losses, including due to efforts of Ankara, Russian President Vladimir Putin said on Saturday during the talks with his Turkish counterpart Recep Tayyip Erdogan on the sidelines of the G20 summit.

"Considerably due to your position, Mr. President, the drastic improvement of the situation in Syria has been achieved: terrorists suffered significant losses and the significant progress in the peace settlement was reached," Putin told Erdogan.

The Russian president highly appreciated the Turkish position as well as positions of all partners taking part in the negotiating process.

"Much work has been recently done both for the comprehensive development of the bilateral relations and for solving a number of issues interesting for us," the Russian leader said.

The G20 summit kicked off on Friday in the German city of Hamburg.

Trump to Meet With UK, Japanese, Chinese Leaders at G20 on Saturday