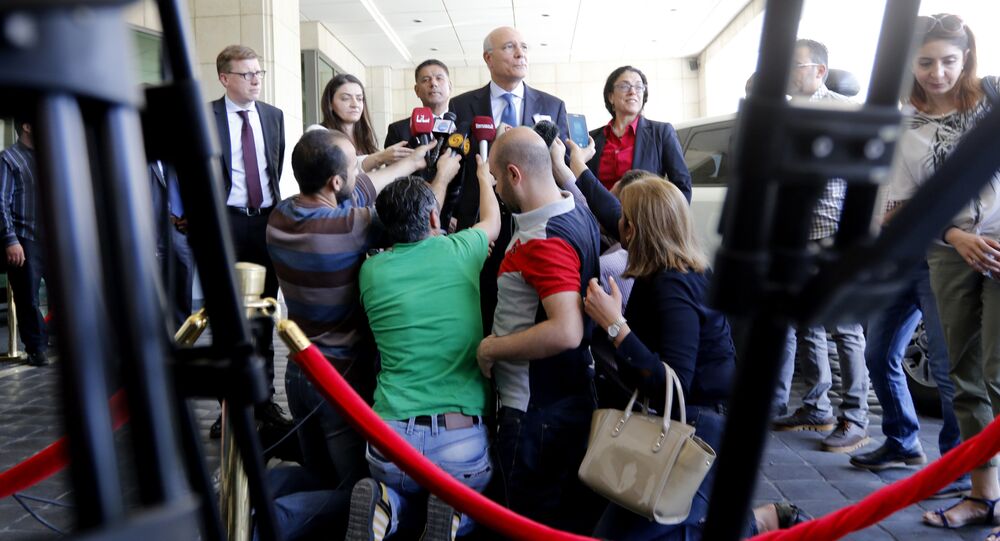 According to reports, Deputy UN Special Envoy Ramzy Ezzeldin Ramzy for Syria arrived in Damascus to discuss preparations for the next round of the Geneva talks on Syria.

© AFP 2020 / FABRICE COFFRINI
UN Syria Envoy Has High Hopes for Putin-Trump First Meeting at G20
DAMASCUS (Sputnik) – Deputy UN Special Envoy for Syria Ramzy Ezzeldin Ramzy arrived on Saturday from Beirut in Damascus to discuss preparations for the next round of the Geneva talks on Syria, a source in the United Nations told Sputnik.

"Mr. Ramzy arrived today from Beirut in Damascus and immediately headed for the Syrian Foreign Ministry," the source said.

There is no information whether Ramzy was going to meet with Syrian Foreign Minister Walid Muallem.

Ramzy is expected to discuss the preparations for the next round of the Geneva talks that will start in the Swiss city of Geneva on July 10.