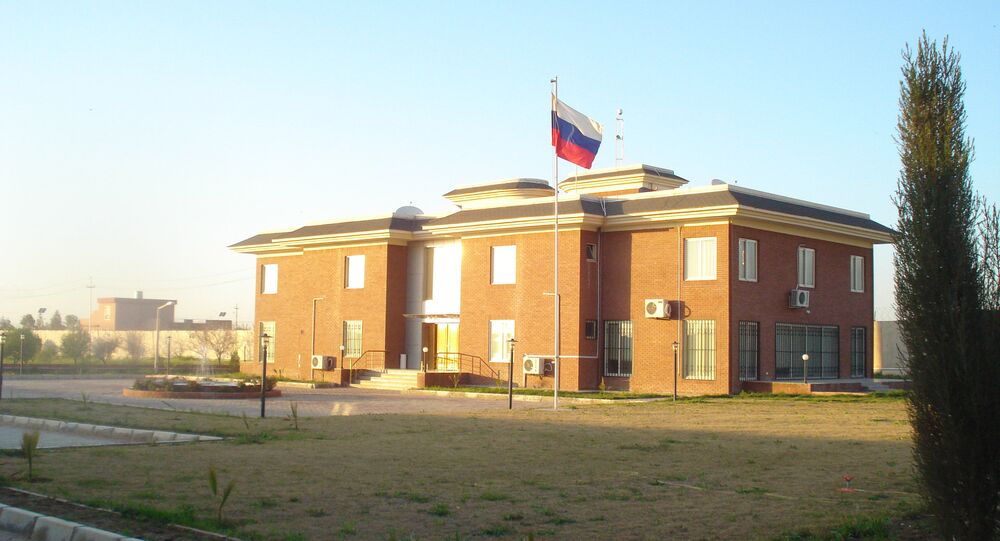 The United States will build a new Consulate General in the Iraqi Kurdistan’s capital city of Erbil, according to the US State Department.

© REUTERS / Ako Rasheed
Iraqi Kirkuk Once Again 'Driving Wedge' Between Baghdad and Kurdish Erbil
WASHINGTON (Sputnik) — The United States will build a new Consulate General in the Iraqi Kurdistan’s capital city of Erbil, the US State Department announced in a release on Thursday.

"The Department of State has awarded the construction contract for the new US Consulate General in Erbil, Iraq to B.L. Harbert International of Birmingham, Alabama," the release said. "The architect for the project is EYP of Albany, New York."

The State Department explained the new Consulate General will include a chancery, Marine Corps residence, housing and support facilities.

Kurdistan became an autonomous region in Iraq after the country’s former leader Saddam Hussein was overthrown and a new constitution adopted in 2005. Since, the regional authorities have repeatedly raised the issue of independence for Kurdistan and announced last month a referendum on the matter will be held on September 25.

The decision has been slammed by multiple Western countries, including the United States, which said it regards the independence vote as a distraction from the war against the Islamic State terror group (banned in Russia).

Relations between Iraqi Kurdistan and the central government in Baghdad have worsened in the past years over multiple reasons, including views on local oil fields and the profits therefrom.

Iraqi Prime Minister Haider Abadi, who came to power in 2014, took the path of normalizing relations with autonomous region and acknowledged its right to self-determination.