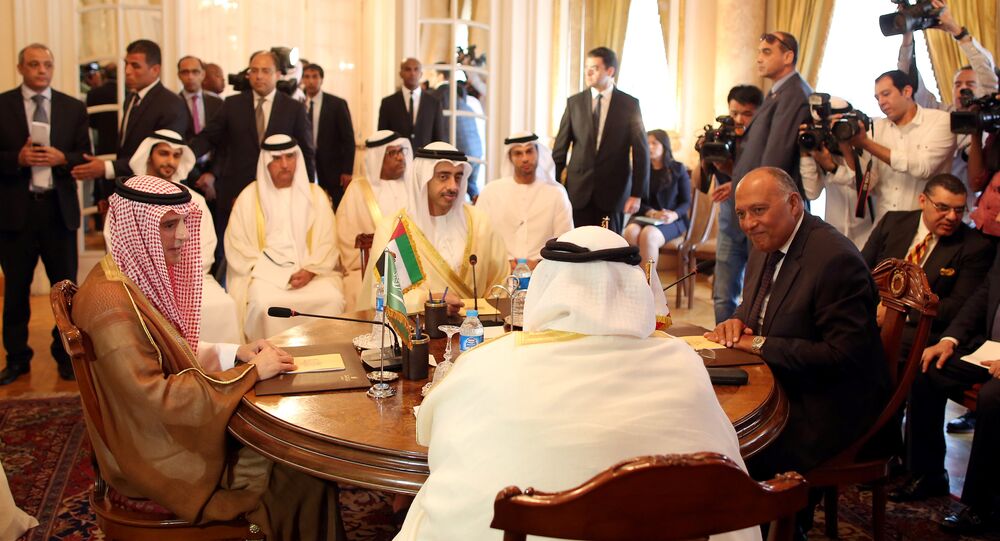 It has been revealed that Egypt led a concerted and ultimately successful effort in the United Nations to prevent the Saudi Arabian branch of Daesh being added to the UN terrorism sanctions list, in what may well have been an effort by the Kingdom to deflect attention from the extremists operating within their borders.

In January, US representatives to the UN Security Council (UNSC) proposed a quintet of Daesh affiliates based in Afghanistan, Libya, Pakistan, Saudi Arabia and Yemen be added to the UN list of sanctioned groups and individuals.

​However, Egypt, a non-permanent member of the UNSC, subsequently secretly stated in February that it wished for the UN to place the proposal on hold — and in May, the country's delegation formally objected to the inclusion of the Saudi branch, leading to the proposal being scrapped outright. No justification for the objection was apparently offered by Egyptian representatives — although it was backed by Senegal, likewise a non-permanent member.

Since late 2015, as an expansion of the al-Qaeda sanctions committee, the "Daesh and al-Qaeda Sanctions Committee" — mandated by UN Resolution 2253 — imposes sanctions on individuals shown to have participated in "the financing, planning, facilitating, preparing, or perpetrating of acts or activities by, in conjunction with, under the name of, on behalf of, or in support of" Daesh or al-Qaeda, or supplied or sold arms to the groups, or recruited for them.

Any UN member state can propose an individual or group be added to the list. The Committee, which includes all 15 members of the Security Council, then makes its decision by consensus.

The move would've frozen the assets and imposed travel and arms embargoes on any individuals found to have been connected with the group. It would also oblige these individuals' national governments to subject them to intense scrutiny, and potential further legal penalties.

"States are required to impose the measures upon al-Qaeda or Daesh and other individuals, groups, undertakings and entities associated with them," the sanctions regime stipulates.

While news of the group's activities rarely graces the mainstream media, the Saudi wing of Daesh has been active ever since its establishment in 2014. The US itself designated the Saudi Arabian branch of Daesh "global terrorists" in 2016.

Egypt's stern resistance to the proposal is perhaps surprising, given the country is battling a localized Daesh force in Sinai, a group that has carried out several bombings across the country, including capital Cairo.

Moreover, it appears more than somewhat hypocritical given Egypt is part of the anti-Qatar coalition led by Saudi Arabia, which also includes Bahrain and the UAE. The group has imposed a blockade on Qatar for the country's alleged support for terrorists — a charge Doha has denied.

Egypt's support for the blockade is a clear demonstration of its close relationship with Saudi Arabia — the country is the only non-Gulf member of the axis, and it has maintained its position despite condemnation from many key regional powers, such as Iran and Turkey.

Perhaps Cairo's opposition to the UN proposal was likewise a show of support for their Saudi friends — after all, by definition the sanctions would've obliged Riyadh to do something about the group, moves the country may be unwilling to make given its close connections to Daesh and history of funding for Islamic fundamentalist groups. Such associations are widely understood and known, but rarely if ever acknowledged in mainstream discourse.

Nonetheless, despite Saudi Arabia's historic involvement with the group, there are indications the group has turned on its former financiers — Daesh's Saudi wing has attempted to claim a province of the country for its own, and carried out several attacks — including strikes against mosques which have killed dozens.