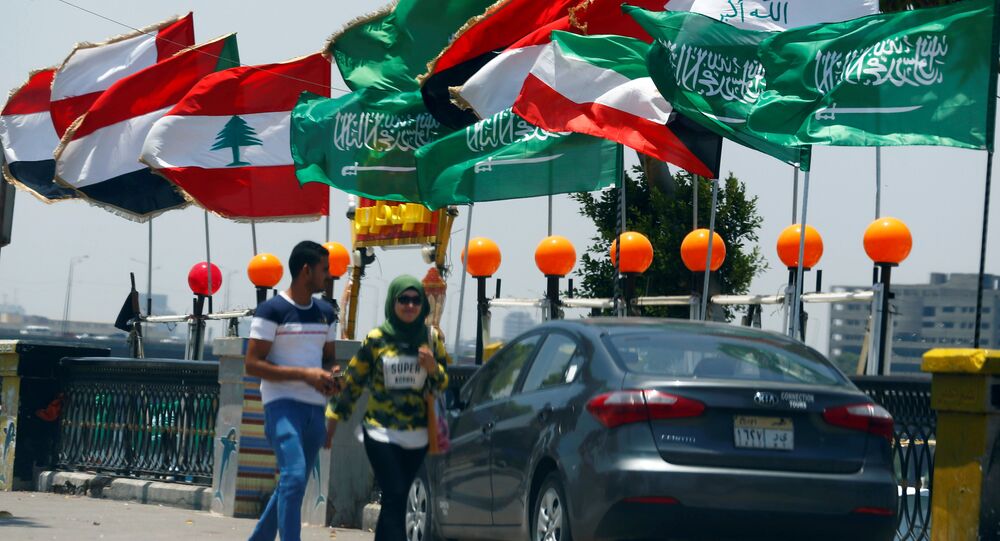 Commenting on the recent diplomatic standoff in the Persian Gulf, British Orwell Prize-winning journalist and professor at the Qatar-based Georgetown University Anatol Lieven told Sputnik that it is unlikely to lead to Saudi Arabia invading Qatar, but suggested that Riyadh has other options on the table.

© REUTERS / Qatar News Agency
Saudis Won't Resort to Intervention in Qatar While Turkey is There, in Fear of NATO Response
Saudi’s invasion of Qatar is highly unlikely, British author, Orwell Prize-winning journalist, and policy analyst Anatol Lieven, who teaches International Politics at Georgetown University in Qatar, told Sputnik. It would put the US in quite an awkward situation. Besides, there is Turkey's military contingent, though inconsiderable in number, present in the country.

If the Saudis, he said, kill any Turkish military during their invasion, it will aggravate relations between Turkey and Saudi Arabia and, more seriously, possibly even redraw the map of the whole Middle East.

The political scientist however suggested that Riyadh has other options on the table: it might encourage a state coup d'etat in Qatar through influencing one of the branches of the Qatari Royal family aimed at ousting from power the current Emir of Qatar.

While it is still unclear how serious this threat is, there have been numerous coups in the countries of the Persian Gulf, which had been set up by the royal families.

© Sputnik / Valery Melnikov
Saudi Arabia 'Simply Unable to Open a Military Front Against Qatar'
Usually they were masterminded by an eldest son who stood up against his father, or by a brother against brother. A similar incident happened last week in Saudi Arabia itself, Anatol Lieven said.

This might be the biggest threat to Qatar. However if the coup fails, the crisis will last for a long time and have wildly unpredictable consequences for Qatar and the region as a whole.

On July 3, Qatari Emir Sheikh Tamim bin Hamad al-Thani responded to the 13-point ultimatum Doha received from Saudi Arabia, Bahrain, the United Arab Emirates and Egypt. The response was handed to the Emir of Kuwait, as his country is acting as a mediator in the crisis.

While the details of the response were not immediately available, on Wednesday, the ministers of Egypt, Saudi Arabia, Bahrain and the United Arab Emirates issued a statement, where they said that they "regret the negative response from Qatar."

"The response the four states got was overall negative and lacked any content. We find it did not provide a basis for Qatar to retreat from its policies," said Egyptian Foreign Minister Sameh Shoukry, who read out the statement.

On June 22, Saudi Arabia, Bahrain, the United Arab Emirates and Egypt issued a 13-point ultimatum to Qatar. The list contains demands that Doha needs to meet in order to restore ties with other Arab nations.

© REUTERS / Qatar News Agency
Qatar Could Restore Peace With Neighbors Soon, But 'They Won't Forget Turkey's Take on the Crisis'
The ultimatum demands that Qatar, among other things, cut its ties with Iran, closes a Turkish military base on its soil and shuts down the Al Jazeera media network and its affiliates. The countries are also demanding that Doha publically denounce relations with Islamist groups, ends its suspected financing of terrorism and hand over persons that have been designated as terrorists by Saudi Arabia, the United Arab Emirates, Bahrain and Egypt. Moreover, the countries are demanding that Qatar provide financial compensation, although the sum has not been publically disclosed.

Saudi Arabia said that restrictions on Qatar will continue after it rejected the ultimatum.

The Saudi foreign minister said further steps would be taken against Qatar "at the appropriate time," and would be in line with international law.

"We're not doing this because we want to hurt Qatar, we're doing this to help Qatar," Adel bin Ahmed al-Jubeir stated.