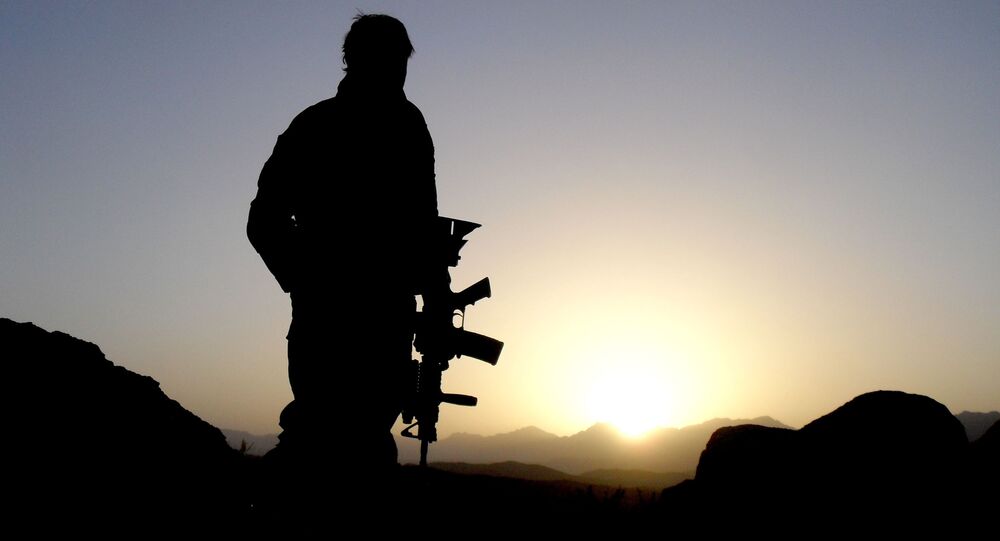 British Special Ops troops have been accused of killing unarmed Afghan civilians between 2010 and 2013 and covering up the traces of their war crimes, The Times reported, citing sources in the Royal Military Police (RMP).

The shocking claims emerged as part of Operation Northmoor — a classified investigation carried out by the Royal Military Police.

After the alleged murders, SAS mission reports are said to have been tampered with to make it look as if the victims were ”potential Taliban fighters” and that the murders were actually perpetrated by the SAS’ Afghan partners.

The Times wrote, however, that drone and other footage obtained by Operation Northmoor, nicknamed ‘Kill TV’, showed British soldiers firing on unarmed people.

Several experts Sputnik has talked to all agreed that until the Afghan authorities have ironclad proof of these crimes, the perpetrators will not be brought to justice.

Hayatullah Javad, director of the Afghan Institute of Human Rights, told Sputnik Dari that it was of paramount importance to obtain a confirmation or refutation of The Times’ report.

“The Times is not a state-run newspaper, so we’ll have to wait for the official reaction by the UK government, the organizations allegedly involved in human rights abuses and also the Afghan government as part of the security agreements it has signed with various countries,” he said.

© AFP 2020 / Martijn Beekman
ICC to Face 'Obstacles in Getting US Soldiers to Dock' for Crimes in Afghanistan
Afghan General Abdul Sabur told Sputnik that during their combat operations in Afghanistan, foreign military units could have had problems differentiating between Taliban fighters and innocent civilians.

“I have never seen British or any other NATO soldiers killing innocent Afghan citizens,” the general noted.

Afghan political observer Hamed Safwat said that because the victims of such crimes normally appeal to foreign organizations instead of their local authorities, the Afghan government learns about these crimes when it already too late and there is little or no evidence left to work with.

“[The problem is], foreign sources are the first place torture victims usually complain to because they believe that the local officials are preoccupied with the ongoing war and are not able to respond in time,” Hamed Safwat said.

Afghanistan is in a state of political and social turmoil, with government forces fighting the continuing Taliban insurgency. The instability has persisted in the country since the 2001 US-led invasion to defeat the Taliban and al-Qaeda in the wake of the 9/11 terrorist attacks in the United States.

The instability in the country prompted the emergence of local cells of other extremist organizations such as Daesh.

The UK forces were present in Afghanistan as a part of the International Security Assistance Force (ISAF) mission between 2001 and 2014.