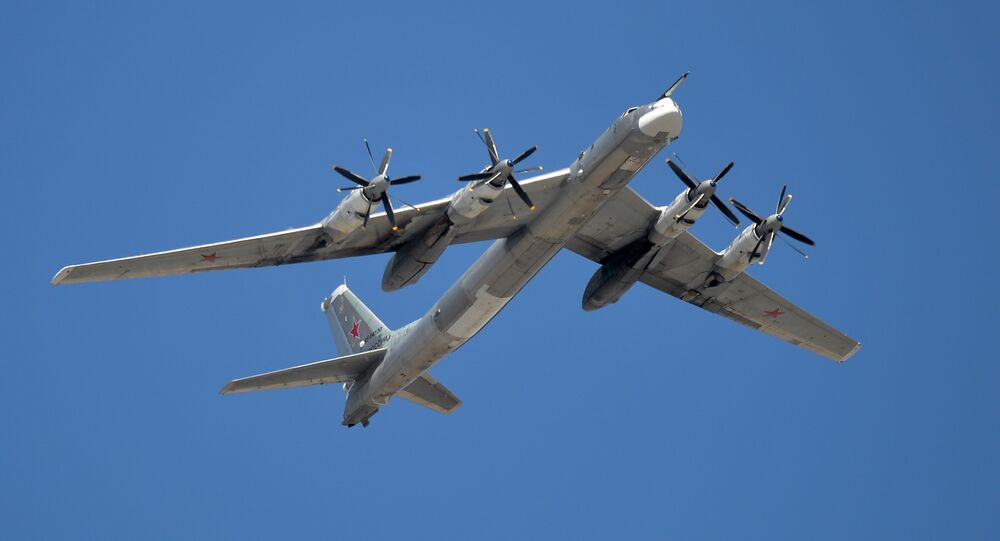 The Russian cruise missile strike destroyed three large terrorist arms and ammunition depots, as well as a terrorist command center near the city of Uqayribat in the Hama province. Reconnaissance means confirmed the destruction of all designated targets.

© Flickr / cryogenic666
Top-Notch Kh-101 Cruise Missiles That Russia Unleashes on Daesh in Raqqa
According to the Russian Defense Ministry, strikes were made from a range of about 1,000 kilometers using the newest high-precision Kh-101 missiles. This strike marked the sixth time that Russia has used the Kh-101 in combat.

The Tu-95 strategic bombers took off from an airfield in Russia.

"Russian Su-30 fighters based at the Hmeymim airfield [in Syria's Latakia province] provided air cover. After successfully accomplishing the task of the combat mission, all Russian aircraft returned to their airfields," the ministry said.

© Sputnik / Anton Denisov
Pentagon Comments on Russia's Airstrikes With Cruise Missiles in Raqqa
The Kh-101 (in Russian: X-101) is a strategic, air-launched Russian cruise missile, manufactured using modern technology to reduce radar visibility. It can destroy a target up to 4,500 kilometers away. This type of missiles could be equipped with a nuclear warhead. The Kh-101 uses GLONASS, the Russian satellite navigation system, for trajectory correction and is reported to have an accuracy of five to six meters.

Uqayribat is located on the border between the Hama and Homs provinces.