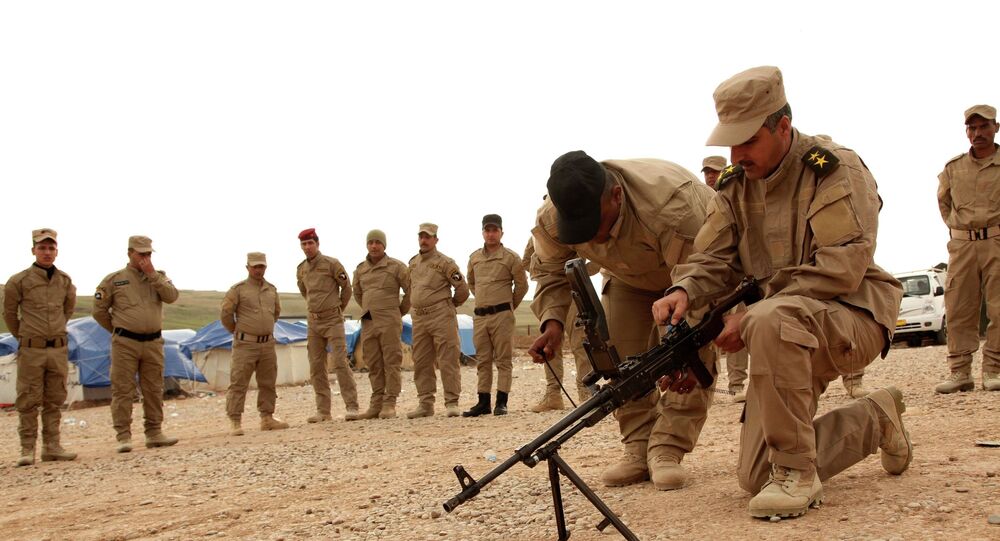 In US Footsteps: Why is Portugal Sending Its Military to Iraq?

After a visit to a drill center near Baghdad where 30 Portuguese Special Ops instructors train Iraqi soldiers, Portugal’s Defense Minister Azeredo Lopes said that Lisbon was ready to join the US-led antiterrorist coalition in Iraq and help train Iraqi soldiers.

He also criticized the Western countries’ military intervention in the region.

“These interventions have been highly unproductive as none of their objective has been met. These countries never became democracies, their societies are split, radical Islamist groups, previously held in check by the local governments, are spreading fast and the scope of human suffering is really appalling. Just see what’s going on in Libya,” the General said.

He blamed the US military intervention for the spread of terrorist organizations in the region and the general atmosphere of war and chaos reigning there.

“The disbandment of the Iraqi army was probably the biggest mistake. Most members of the Iraqi top military brass were ostracized and a few years later they joined Daesh, which seriously weakened the Iraqi armed forces. The political results of the [Western] interventions showed that the planned regime changes and the creation of democracies in the Middle East was a mistake the leaders of superpowers just can’t afford making,” he said.

Lt. Colonel Vasco Lourenco, one of the leading members of the April 25, 1974 Revolution of Carnations, took an even more critical view of the situation.

© REUTERS / Ints Kalnins
Estonian Military Instructors Leave for Iraq to Provide Anti-Daesh Training
“I have great doubts about the need to enmesh the Portuguese military [in the Mideast conflicts]. What are we defending there? We are a country that is holding out for peace everywhere, but I don’t think that participation in military operations has anything to do with that.”

Vasco Lourenco messed no words when talking about Portugal’s role at the start of the 2003 US military campaign in Iraq when Portugal hosted the so-called “military summit” in the Azores.

“I call Jose Manuel [Durao Barroso] ‘the butler of Lajes’ [the Portuguese Airbase in the Azores, also used by the US Air Force] because he acted as a US servant there. I think that the heads of state who unleashed this war, which has claimed the lives of millions of people, should be arrested,” he stated.