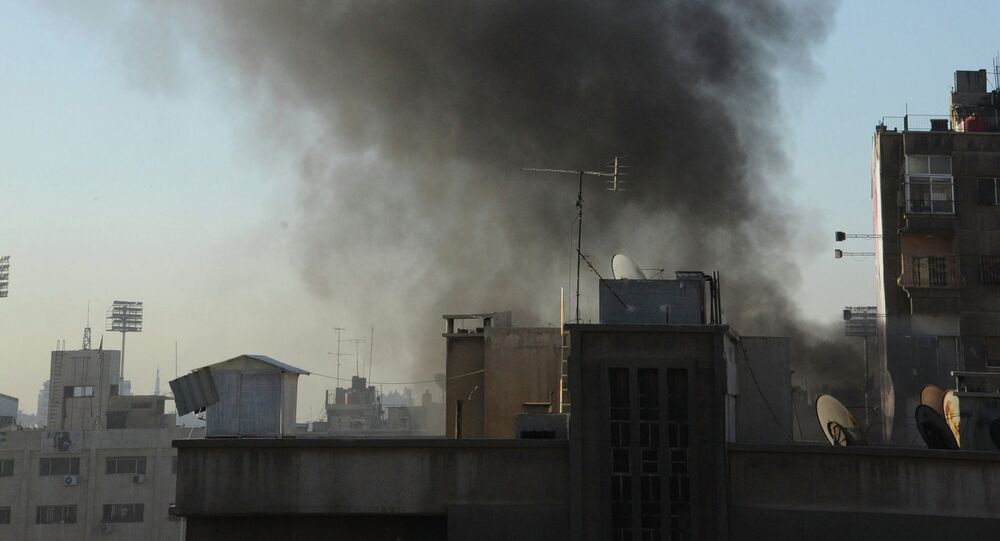 The accident allegedly took place in Tahrir square in the central part Damascus.

Three #explosions were heard in #Damascus, resulting in casualties and #injuries 02.07.2014 pic.twitter.com/QPQcwDf5fX

The TV also stated that the bomber was in one of the three detonated cars.

Two car bomb explosions rocked Damascus this morning. One went off near the airport, the other near Tahrir square. pic.twitter.com/QBXHOEXgL8

© REUTERS / Alaa Al-Marjani
No Stone Unturned? Pentagon Admits Major Flaws in War Casualty Counts
The Syrian civil war has been raging for six years, with government forces fighting against both Syrian opposition groups who strive to overthrow President Bashar Assad, and numerous extremist and terrorist groups such as the Daesh and Jabhat Fatah al Sham, both of which are outlawed in Russia.

On May 4, Russia, Turkey and Iran signed the memorandum on establishment of four safe zones in the Arab country as part of the Astana talks on Syrian settlement. The four zones span the northwestern Idlib province and parts of the neighboring Latakia, Hama and Aleppo, the north of the central Homs province, Eastern Ghouta near Damascus, as well as southern Daraa and Quneitra regions. The memorandum came into force on May 6.