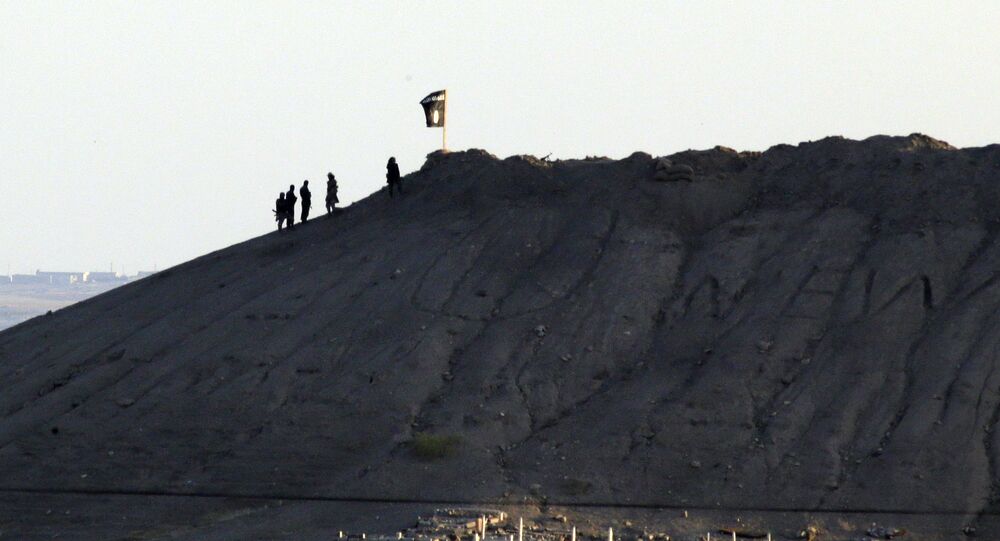 Russian Defense Minister Seregi Shoigu said that the increased terrorists' activity in Syria fuelled by the US-led coalition's actions in the country.

He added that Moscow had discontinued incident prevention memorandum contacts with Washington after the US military shot down a Syrian fighter jet on June 18.

On June 18, a US jet shot down a Syrian Su-22 fighter-bomber near the city of Tabqa. The US-led coalition said the Syrian aircraft attacked Syrian Democratic Forces (SDF) positions, adding that the coalition downed the Syrian jet as part of "collective self-defense of Coalition partnered forces."

"In the case of strikes [by US forces on the aircraft and drone of the Syrian Armed Forces], we are dealing with an open complicity with the terrorists operating on Syrian soil," Ryabkov said.

© REUTERS / Nour Fourat
Tehran to Release Evidence of US Backing of Daesh Terrorists - Iranian Official
Morerover, On June 11, the Iranian military announced that they had evidence of direct US support of Daesh militants.