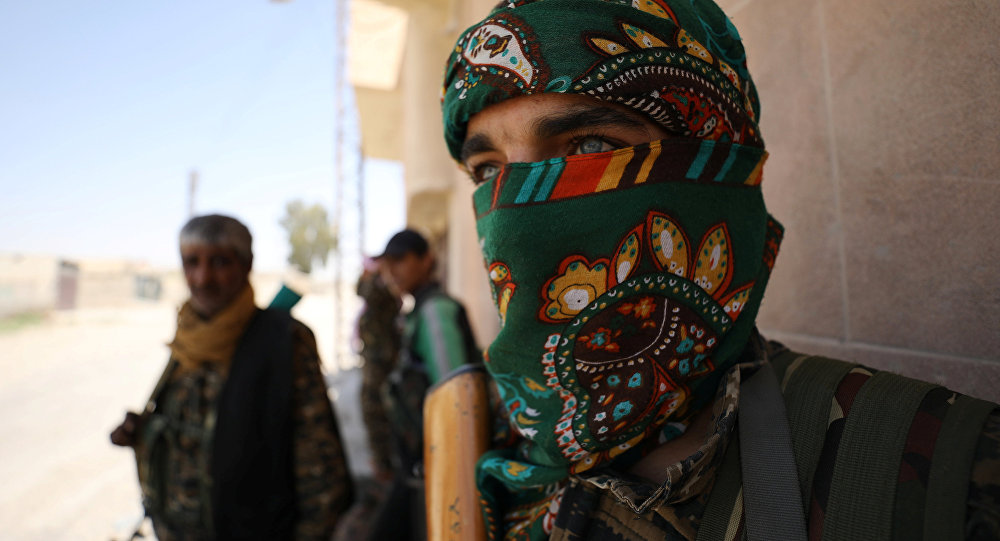 An official with the Syrian Democratic Forces (SDF), the coalition of US-backed militants with the stated goal of creating a secular, democratic, federalized Syria, said that the SDF sees a "big possibility of open, fierce confrontation" with Turkish forces in northwestern Syria. This comes after the two sides exchanged fire on Wednesday.

The senior official, Naser Haj Mansour, told Reuters that the SDF would confront the Turks "if they try to go beyond the known lines." Turkish forces are there to support anti-government, primarily Islamist Syrian rebels.

Mansour went on to say that a Turkish attack against SDF-controlled areas would do "great harm" to the SDF's efforts against Daesh. The two factions are currently embroiled in a struggle over the city of Raqqa, Daesh's primary stronghold in Syria.

An SDF victory would likely herald the end of Daesh as an organization able to control territory. Mansour said that the SDF intended to totally encircle the city, trapping Daesh within. "There is a plan to impose a complete siege, but if this will take a day or two days, I can't say," he said.

Raqqa may be encircled and Daesh on its way out, but the deterioration of the uneasy détente between the American and Turkish blocs may begin a new wave of violence in Syria. On Thursday, the Kurdish People's Protection Units (YPG), the spearhead faction in the SDF, created a military blockade to impede Turkish progress towards the Afrin district in northern Aleppo.

"The Kurdish people in Afrin region have suffered a lot under heavy bombardment by Turkey and allied Islamists," a YPG officer told ARA News.

"We will respond to any Turkish attacks on Rojava-Northern Syria. The Turkish troops and Turkey-backed Islamists will be a main target for our forces in the area."

On Wednesday, the Turkish military announced they had shelled YPG positions in response to a YPG attack on a Turkey-backed rebel group. Mansour said that the SDF had returned fire.

Being an SDF member faction, the YPG is also backed by the US – somewhat controversially, as Turkey considers the YPG to be a terrorist group connected to the Kurdistan Workers' Party (PKK).

"We disagree with the Turkish position that the YPG and the PKK are the same organization. The Coalition recognizes the threat the PKK poses to Turkey, but Turkey cannot pursue that fight at the expense of our common fight against terrorists that threaten us all," said a US official to ARA News.

Turkey's deputy prime minister, Numan Kurtulmus, reiterated Ankara's opposition to the US arming YPG combatants, calling it the "wrong path." He also vowed that Turkey would retaliate against any additional YPG attacks against the militant groups Ankara backs.