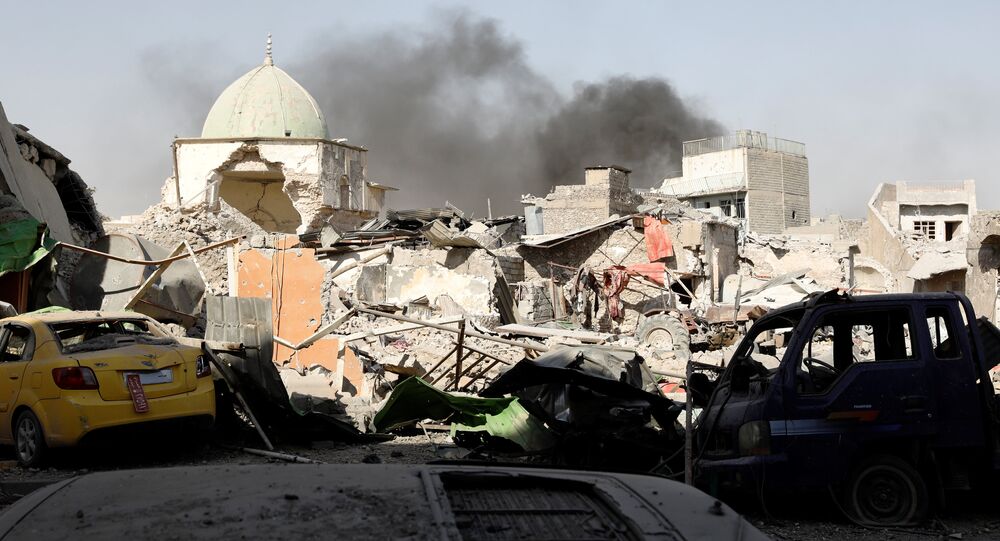 Despite the liberation of the al-Nouri mosque area, the Iraqi forces continue fighting against the Daesh terrorists in the area of old city of Mosul, according to Operation Inherent Resolve spokesperson Ryan Dillon.

WASHINGTON (Sputnik) — The Iraqi forces continue their advance on two remaining holdouts of the Islamic State [Daesh] terrorists (banned in Russia) in the city of Mosul after liberation of the al-Nouri mosque area, Operation Inherent Resolve spokesperson Ryan Dillon said in a briefing on Thursday.

"I see it closer to days than a week or weeks," he stated.

Dillon said the government of Iraq will decide where to move forces after the city is free, adding that the Daesh’s holdouts remain in Hawija, Tal Afar, and Al Qaim.

Earlier in the day, Iraqi Prime Minister Haider Abadi said Mosul's liberation proves that the existence of the "fake" Daesh is ending.