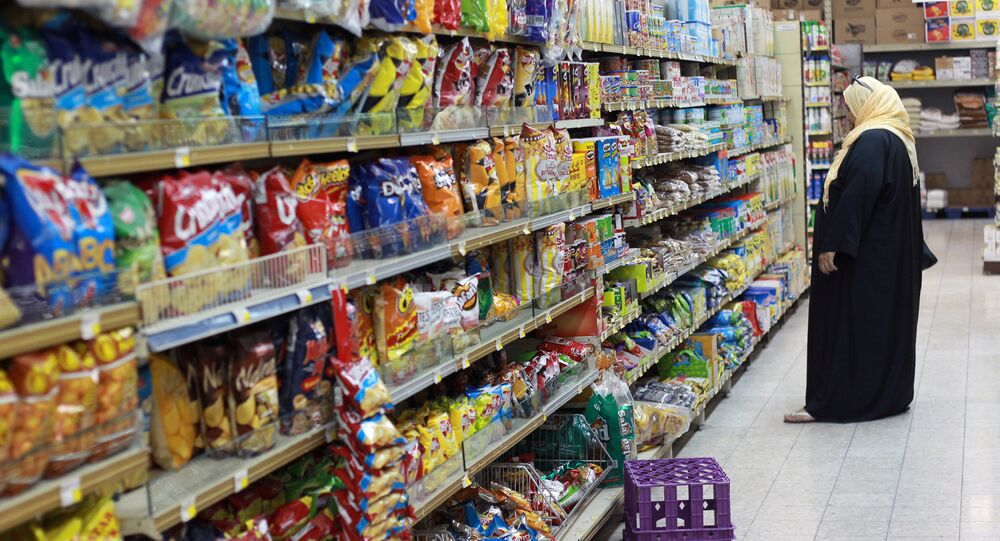 Russia is ready to supply food, freshwater and any other products to Qatar, if such need arises amid the ongoing diplomatic row between Qatar and other Arab countries, President of Russian Chamber of Commerce and Industry Sergey Katyrin told Sputnik in an interview.

© Sputnik / Grigoriy Sisoev
Russian FM Lavrov, UAE State Minister Discuss Qatar Diplomatic Row
MOSCOW (Sputnik) – On June 5, Saudi Arabia, the United Arab Emirates, Bahrain and Egypt broke off diplomatic relations with Doha and stopped all communication with Qatar, accusing it of supporting terrorism and interfering in their internal affairs. Later, the Maldives, Mauritius, and Mauritania also announced the severance of diplomatic relations. Jordan and Djibouti reduced the level of their diplomatic missions in Qatar. Senegal, Niger and Chad announced the withdrawal of ambassadors.

"I think what the Qataris now really care about most is food. I think that if such issues arise, we will surely select partners from both the grain trade and many other products that Russia produces," Katyrin said on the sidelines of the Primakov Readings international summit, answering a question as to whether Russia was ready to supply food to Qatar amid the ongoing diplomatic row for the country.

He added that Russia could supply freshwater to Qatar, if necessary, noting that "we have the whole Baikal, [world's largest freshwater lake], no need to worry."

"We, the Chamber of Commerce and Industry, proceed from the presumption that in whatever way the political situation turns, the first necessary thing is to preserve the functioning economic ties, and the second is to look for new opportunities, regardless of sanction regime. If there is no one, we develop new ties and try to preserve old ties, as well as look for new niches that are not sanctioned," Katyrin added.

He also believes that sanctions against Qatar will not work as planned by those who introduced them. The only internationally recognized body authorized to introduce sanctions is the United Nations Security Council, he added.

Primakov Readings is an international summit of experts, diplomats and politicians held on June 29-30. It is dedicated to the memory of the scientist and public figure Evgeny Primakov.