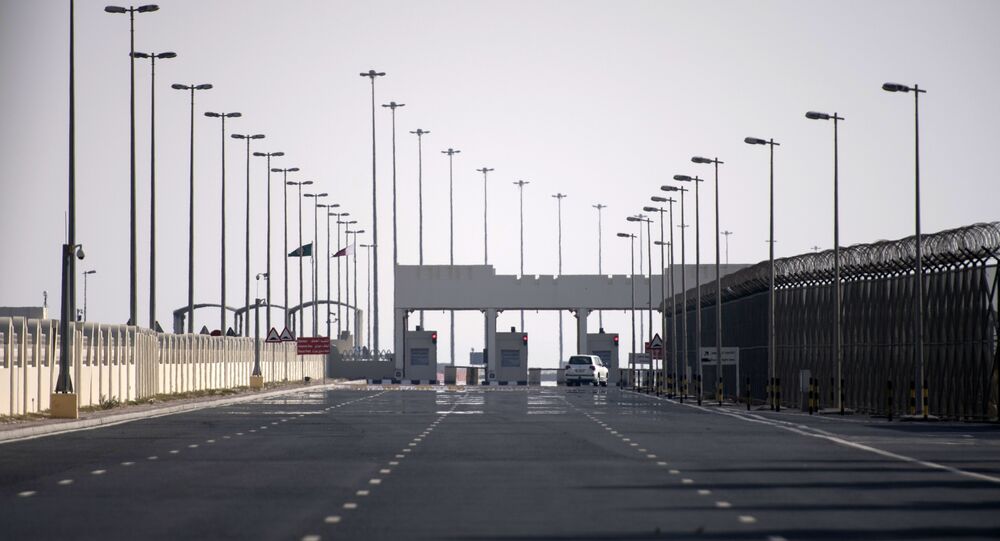 Commenting on the 13-point ultimatum Qatar received from Saudi Arabia, Bahrain, the United Arab Emirates and Egypt specifying what the peninsular nation must do in return for a restoration of ties, Iranian political analyst Hassan Hanizadeh told Sputnik who is really behind these demands and why Riyadh won't resort to an open military conflict.

Qatar is a sovereign country, he said, a UN member state with its own independent policies. However, all the above countries are trying, at the instigation of the US, the West and Israel, to dictate their own conditions to Doha.

"As Qatar has very good relations with many countries of the region, including Iran, Saudi Arabia is trying to pressure it through Bahrain, within the Cooperation Council for the Arab States of the Gulf (GCC), force it to comply with the policies pursued by Riyadh and sever its relations with Tehran," Hassan Hanizade told Sputnik.

© REUTERS / Naseem Zeitoon
Die Hard: Qatar 'Will Stand to the End' Against Saudi-Led Pressure in Gulf Crisis
Qatar is being falsely accused of terrorism, while it is no secret that it is Saudi Arabia which had been supporting Daesh and al-Nusra Front terrorists in Syria and which is now trying to throw off these accusations, shift blame to Qatar, and isolate this country, he said.

The US, he said, has been behind this game. He further reminded that during his first foreign trip to the Middle East, President Trump singed multi-billion agreements with Riyadh to be able to keep the US weapon production facilities afloat. Now, according to Trump, it is Qatar's turn to sign a multi-billion military agreement with the US, similar to Riyadh. Thus Washington will get access to Qatar's cash flow.

"The Qataris see through this situation and know that the puppeteer of the so-called "aggression" of the Arab states (namely Bahrain, the United Arab Emirates and Saudi Arabia) is the US, whose purpose is to force Doha to sign the military contracts for the benefit of the US,"  Hanizade told Sputnik.

While commenting on the prospects of an open military conflict in the Persian Gulf, the expert said that Saudi Arabia is not in any position to get involved in yet another military confrontation.

"I have to acknowledge that the prospect of settlement of the tensions in the region is in the hands of the Persian Gulf monarchies. However if we assess it objectively, then we'll see that Saudi Arabia is simply unable to open yet another military front, this time against Qatar," he said.

© REUTERS / Stringer
Qatar or Saudi Arabia: Which Country Will Turkey Partner With?
Hassan Hanizadeh, however said that the Kingdom will continue exerting economic pressure on Qatar and keeping the blockade  in order to force Doha to accept the 13-point ultimatum.

If the military standoff between Saudi Arabia and Qatar continues, all the countries of the region will be dragged into this conflict, the expert suggested.

Saudi Arabia however understands only too well that it does not have the military might to go to war with Qatar as it has already bogged down in Yemen, Syria and Iraq.

Qatar won't be the first to start the conflict either, he said. It will make wiser decisiong, balanced against the Saudi policies, which will enable it to withstand it, the expert concluded.