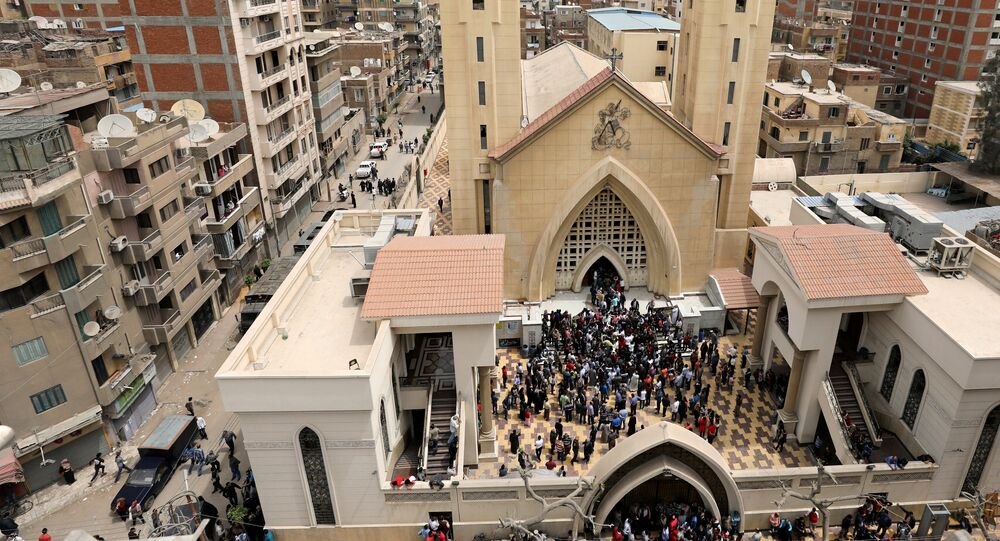 A total of six terrorists, who planned to conduct attacks on Christian churches in Egypt, were detained, Egypt's Interior Ministry said in a statement on Saturday.

CAIRO (Sputnik) — According to the ministry, the attacks were set to take place, in particular, during Eid al-Fitr holiday that marks the end of Ramadan.

© AP Photo / Nate Jenkins
Egypt Court Sentences 31 to Death Over Killing Ex-Top Prosecutor
Attacks on Egypt's Coptic Christians have become increasingly common since the toppling of the country's long-time leader Hosni Mubarak in 2011, prompting a mass exodus of Christians from some rural towns.

On May 26, gunmen attacked a bus of Christians heading for a monastery in Central Egypt, killing at least 29 worshipers, according to media reports.

Earlier, two suicide bombings at Palm Sunday services in April killed at least 46 people in the northern cities of Alexandria and Tanta.