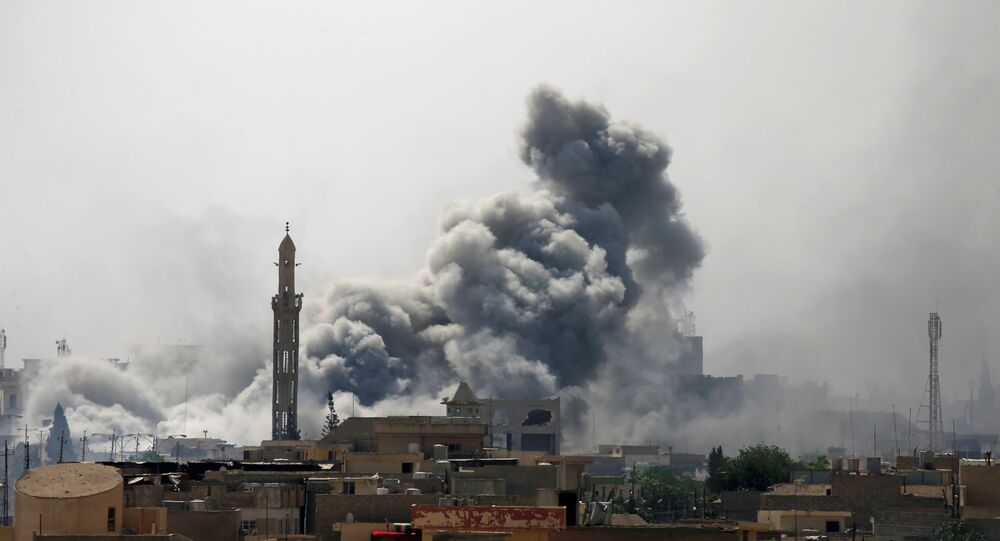 Regional Director for the Near and Middle East at the International Committee of the Red Cross Robert Mardini called for humanitarian relief and respect toward "the rules of war" in Syria's Raqqa and Iraq’s Mosul in order to prevent the circle of violence from replicating.

MOSCOW (Sputnik) — The Syrian city of Raqqa and the second biggest Iraqi city of Mosul remain two main strongholds of Daesh (a terrorist group outlawed in Russia). Currently, fierce fighting is ongoing to conquer the cities.

"We appeal to all sides to protect civilians and respect the rules of war. Civilians still inside Raqqa and Mosul must be spared and allowed free passage if they want to leave … It's a lot easier to rebuild, to reconcile, to reconstitute if the war itself was kept within some bounds, where humanitarian considerations were respected. If not, a new generation will grow up in a conflict incubator and the vicious cycle of violence will continue," Mardini said in a statement.

© REUTERS / Alaa Al-Marjani
Iraqi Prime Minister Claims Mosul Will Be Liberated From Daesh Within Days
The operation to recapture Mosul began in October 2016 and resulted in the liberation of the eastern part of the city this January. However, fighting continues in western areas of the city.

As for Raqqa, the operation to liberate the city was launched by the Kurdish-Arab Syrian Democratic Forces (SDF), supported by the US-led international coalition, in early June. On Thursday, spokesman for the Syria’s Tomorrow Movement, a national opposition party, Monzer Akbik told Sputnik that the city would hopefully be completely liberated within three months.