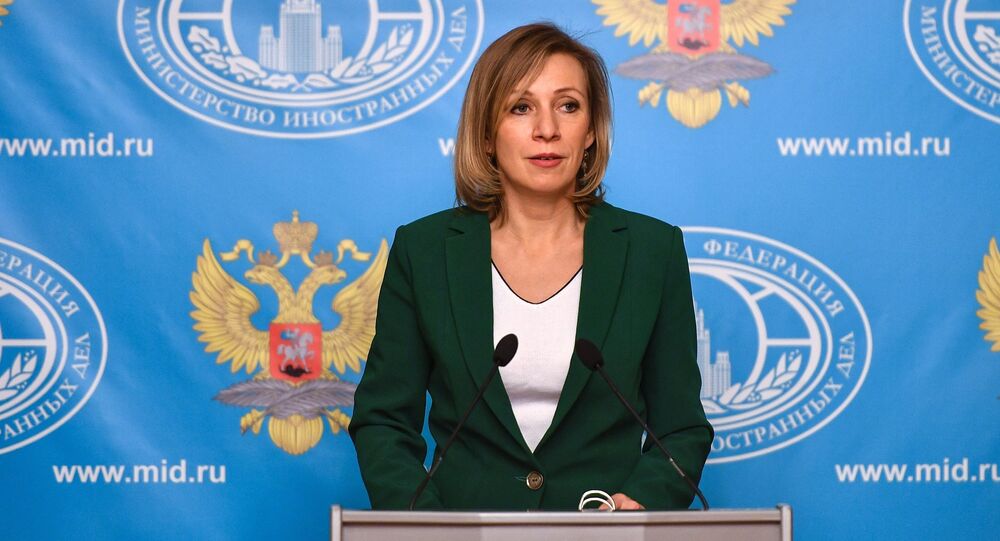 Russian Foreign Ministry spokeswoman Maria Zakharova on Thursday called on Western media, specially those in the United States, to turn their attention to the reports about unidentified helicopters allegedly supporting Daesh militants in Afghanistan.

"We have paid our attention to the reports of the transportation by the helicopters having no identification marks of IS Afghan wing's militants as well as arms and ammunition for them, now in the east of Afghanistan," Zakharova said at a regular press briefing adding that a member of the Iraqi parliament's lower house publicly said these vehicles belonged to the United States.

The spokeswoman continued by saying that the transportation of 50 armed extremists and a container with arms and ammunition by the 'unidentified' helicopters to the Afghan cave complex was reported. This was done, according to Zakharova, to support the terror group in the area that had launched an offensive toward Tora Bora.

Up until now, neither Afghan authorities, nor the leadership of US or NATO forces in the country have provided reasonable explanations for the increased number of aircraft noticeably providing support to Daesh militants in various Afghan regions, the Foreign Ministry's spokeswomen noted with concern.

© REUTERS / Mohammad Ismail
UN Envoy: Surge in Afghanistan Attacks Signals Fragile Period Ahead of Election
"This continued silence on this issue becomes more and more eloquent. I am attracting the attention of the media to this information specifically, namely of the West, namely of the United States, which have recently and frequently been writing materials about Russia's alleged support for Taliban [terror organization outlawed in Russia] on Afghan territory. We have repeatedly said that these materials are unfounded and stated Russia's position on this matter clearly. We would like for these unidentified helicopters to appear not only in Afghanistan but on the pages of the Western media," Zakharova added.

The issues of the unidentified helicopters in Afghanistan was voiced by Russia's Foreign Minister Sergei Lavrov in late May. The top diplomat's concern came after Afghan parliamentarians expressed their own reservations about the flights of such helicopters, which they considered to originate from the United States. Apart from this, the witnesses confirmed that after dropping something off on the territories under the terrorists' control and landing there, these unidentified aircraft would then return to the military bases where US troops were stationed, Lavrov said.

Afghanistan has been suffering from instability for years, with government troops fighting against the Taliban, Daesh and other extremist groups.

At Least Two Injured in Explosion in Eastern Afghanistan

US Has No Strategy to Break Stalemate in Afghanistan - Senator McCain

Armed Men Kidnap US Citizen in Afghanistan’s Capital of Kabul