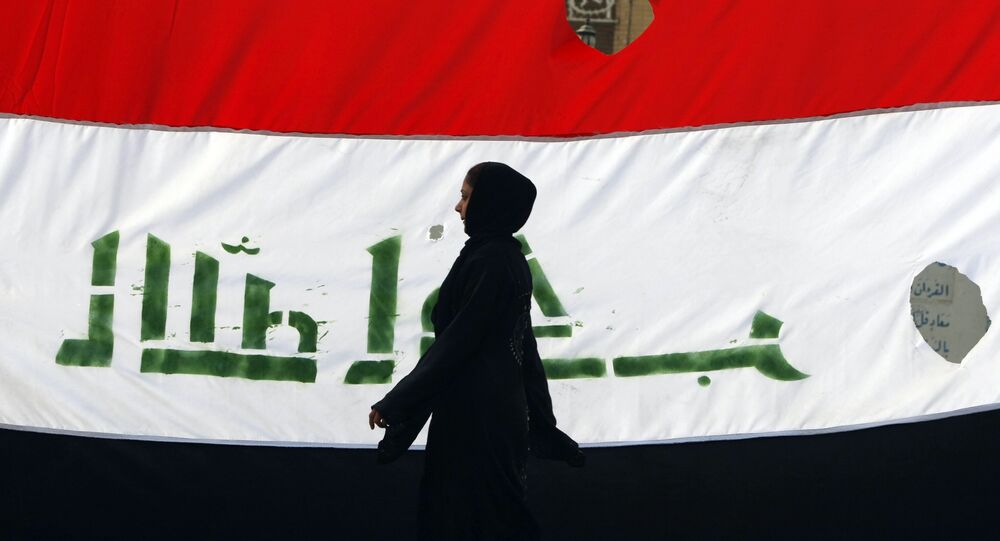 As tensions remain high in the Persian Gulf region amid the Qatari diplomatic row, it appears that Iraq seeks to maintain a neutral stance in this situation rather than to act as a mediator.

© REUTERS / Kevin Lamarque
Tillerson: US Hopes Gulf Countries’ Demands on Qatar ‘Reasonable’
On Monday, June 19, Iraqi Prime Minister Haider al-Abadi arrived in Saudi Arabia on an official visit. The next day, the PM set course for Iran, and once his business in Tehran is concluded he’s expected to visit Kuwait.

Abdel Sattar al-Jamili, secretary general of the At-Talii An-Nasiri political party, told Sputnik Arabic however that al-Abadi’s voyage is not related to the ongoing diplomatic crisis in the region.

"Iraq doesn’t intend to act as an intermediary to help resolve this crisis. The government will assume a neutral stance towards all participants in this tension. It won’t, however, interfere with conducting visits and expressing indirect political support to Saudi Arabia in its row with Qatar," he said.

The politician explained that at this time Iraq seeks to improve relations with its neighbors in order to secure foreign assistance for postwar reconstruction once the terrorists threatening the country are defeated.

The Iraqi government strives to help overcome the problems that previously emerged in relations with these countries – a process that might be jeopardized if Baghdad was to take sides in the ongoing diplomatic crisis.

The Iraqi politicians are currently focused on dealing with domestic problems, achieving reconciliation between disparate political and religious groups and working out a balanced foreign policy, al-Jamili explained.

He also remarked that once the Iraqi cities are finally liberated from terrorists, Baghdad will end up facing a host of serious problems, including the need to rebuild the destroyed infrastructure and to help refugees return to their homes.

On June 5, Saudi Arabia, the United Arab Emirates, Bahrain, and Egypt broke off diplomatic relations with Qatar and stopped all communications with the country, accusing it of supporting terrorism and interfering in the internal affairs of other gulf states. Later, the Maldives, Mauritius, and Mauritania also announced their severance of diplomatic relations. Meanwhile, Jordan and Djibouti reduced the level of their diplomatic missions in Qatar, and Senegal, Niger, and Chad announced the withdrawal of ambassadors.