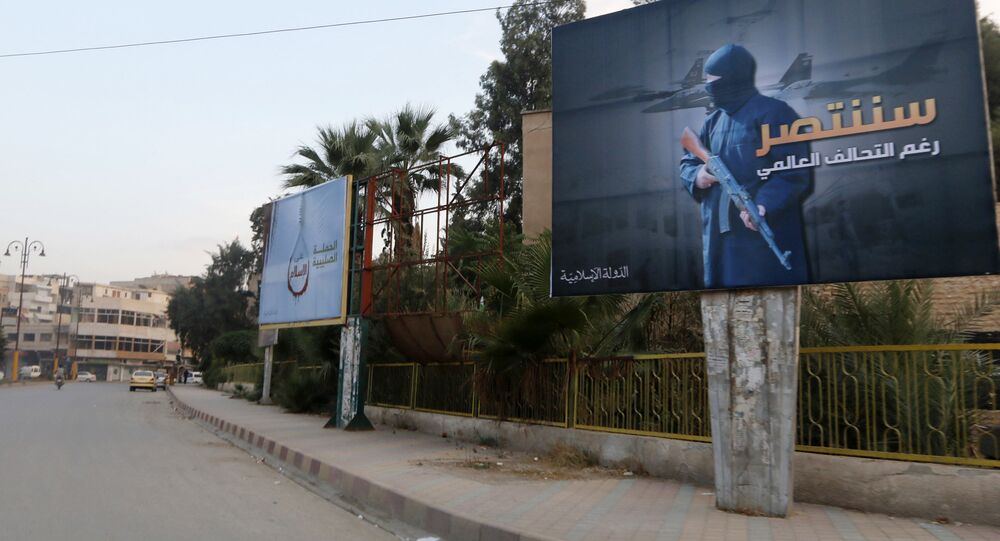 Iran is planning to publish evidence of US actions supporting Daesh, media adviser to the Islamic Revolutionary Guard Corps' (IRIGC) commander-in-chief told the RT broadcaster in an interview.

© REUTERS / Muhammad Hamed
US General Confirms Daesh Leveled 800-Year-Old Mosque in Iraq's Western Mosul
MOSCOW (Sputnik) — On June 11, the Iranian military announced that they had evidence of direct US support of Daesh militants.

Daesh has overrun a number of settlements during recent years as part of their declaration of a caliphate, especially in Syrian cities, such as Raqqa, and in Iraqi cities such as Mosul. The group is infamous for numerous violent actions, including terrorist attacks and widespread destruction of cultural heritage on the occupied territories.

The United States is leading a coalition of almost 70 nations fighting against the terrorist group in Syria and Iraq. The activities, including the airstrikes, in Iraq, are conducted in support of the country's government, but those in Syria are not authorized by the UN Security Council or the Syrian government.