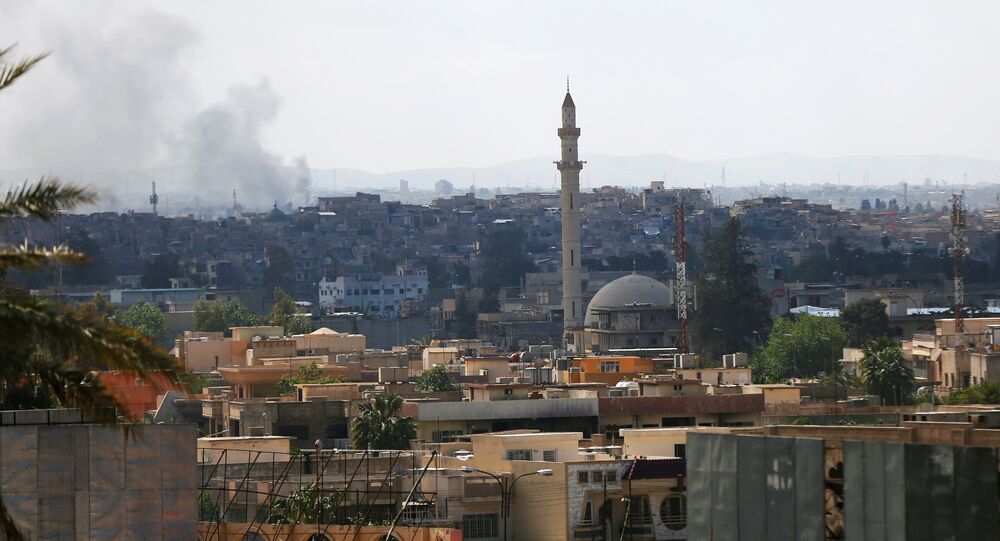 A US general confirmed on Wednesday that the Great Mosque of al-Nuri in Mosul was destroyed by Daesh militants.

WASHINGTON (Sputnik) — A historic mosque that stood for more than 800 years in the western section of Mosul has been destroyed by Daesh terror group (banned in Russia), Combined Joint Task Force Commander Maj. Gen. Joseph Martin said in a statement.

"As our Iraqi Security Force partners closed in on the al-Nuri mosque, ISIS [Daesh] destroyed one of Mosul and Iraq's great treasures," Martin stated on Wednesday. "This is a crime against the people of Mosul and all of Iraq, and is an example of why this brutal organization must be annihilated."

© REUTERS / Erik De Castro
Unable or Unwilling? Why the US and Its Coalition are Bogged Down in Mosul
The mosque was the site where Daesh leader Abu Bakr al-Baghdadi claimed in July 2014 that he was the caliph, or leader, of all Muslims, according to published reports.

Martin warned that the fight to liberate Mosul is not over as Daesh terrorists, particularly in Western Mosul, are putting up stiff resistance.