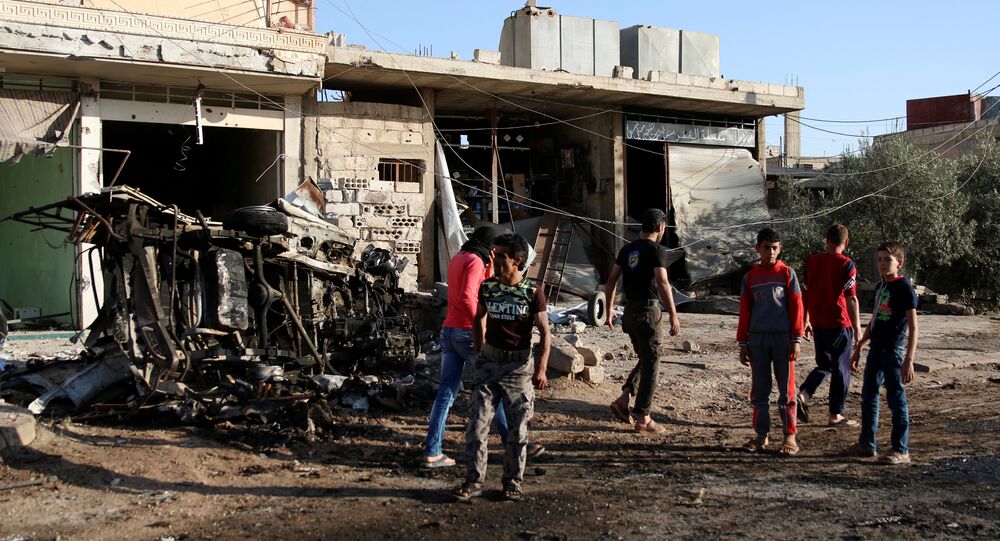 © REUTERS / Alaa Al-Faqir
Russia Registers Eight Ceasefire Violations in Syria Over Past 24 Hours
MOSCOW (Sputnik) – Russian representatives in the Russian-Turkish commission on the Syrian truce have registered a total of nine violations of the ceasefire regime in Syria over the past 24 hours, while Turkey informed about eight cases, the Russian Defense Ministry said Wednesday.

"The situation in the de-escalation zones in Syria is estimated as stable. Within last 24 hours, the Russian party of the Russia-Turkey Commission on violations of the Joint Agreement has registered nine cases of firing in the provinces of Hama (2) and Damascus (7). The Turkish party has registered eight cases of ceasefire violations in the provinces of Idlib (1), Hama (1), Damascus (5) and Daraa (1)," the ministry said in a daily bulletin.

The ministry added that the most cases of small arms firing were registered in the areas controlled by the Daesh and Jabhat Fatah al Sham, formerly known as Nusra Front, terrorist groups, both of which are outlawed in Russia.

The ministry added that its Center for Syrian Reconciliation held a total of seven humanitarian actions in Syria, including six events in the province of Aleppo and one in Homs, providing the Syrians with food and medical assistance.