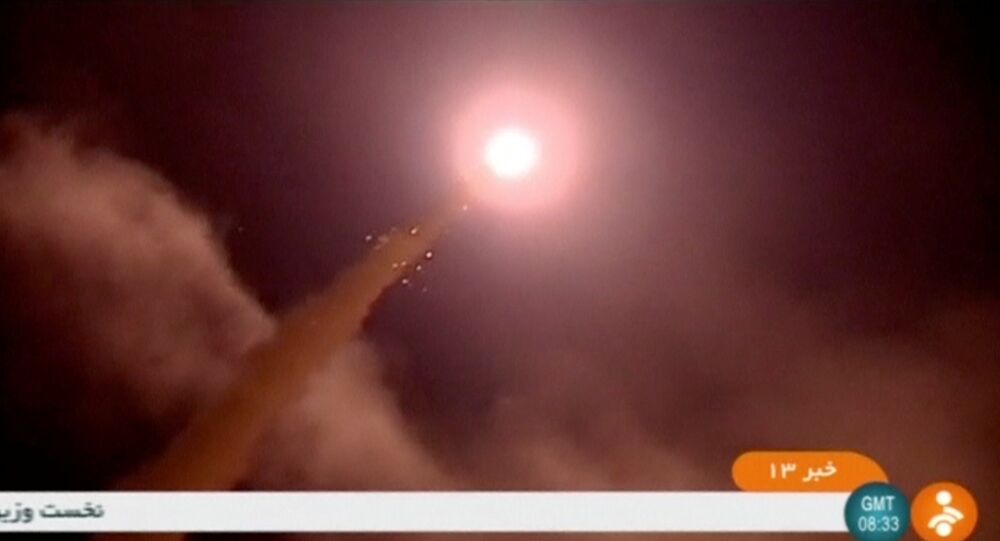 Tehran took revenge on terrorists for conducting attacks on the Iranian capital, the country's ambassador to Russia said.

"The Islamic Revolution Guard Corps missile shelling against the terrorists was a response to the attacks in Tehran," Sanaei said at a Rossiya Segodnya International Information Agency roundtable.

© AP Photo / IRIB News Agency, Morteza Fakhrinejad
Iran's Strikes on Daesh in Syria a 'Warning to Israel, US and Saudi Arabia'
Iran's strike on terrorists' bases sends two messages to the global community, "to demonstrate Iran's force and defense capabilities to protect its borders and to use all the powers for that," the ambassador noted.

Sunday's missile launches by Iran were the first in 30 years outside its territory.

On June 7, two coordinated terror attacks were staged in the Iranian parliament and the mausoleum of Imam Khomeini in Tehran. Iranian media reported that at least 17 people had been killed and around 50 others injured in the assaults. Daesh claimed responsibility for both terror acts.