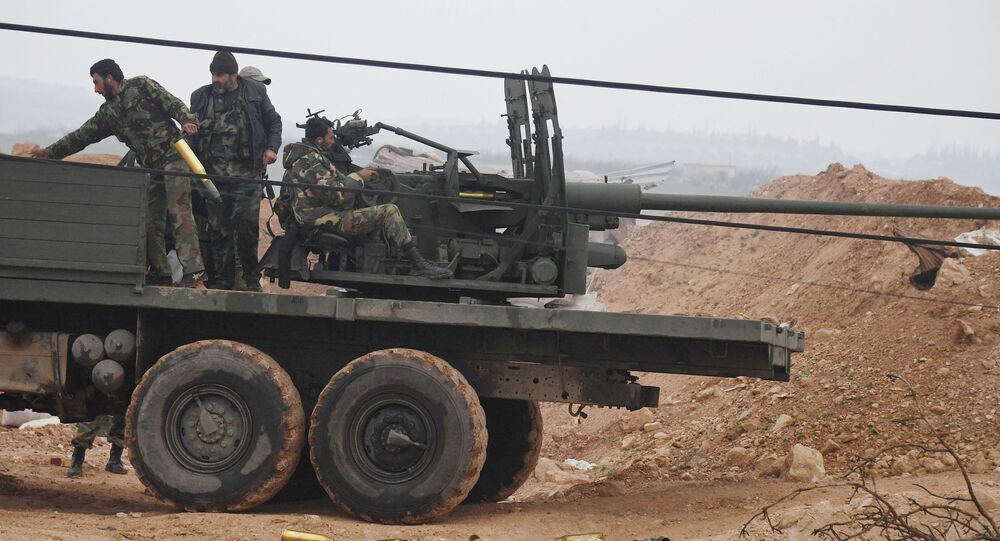 Syrian government troops have regained control over the historical complex of the ancient city of Sergiopolis, known as Resafa in Arabic, which is located just southwest of the city of Raqqa, an informed source on-the-spot told Sputnik on Monday.

DAMASCUS (Sputnik) — The source noted that the offensive operation of the ground forces received aerial support from planes of both Russian and Syrian air forces.

"In the wake of battles with the Islamic State (Daesh, a terrorist group banned in Russia), the Syrian army freed the historical Resafa in the south of the Raqqa province," the source said.

Sergiopolis has great historical and archaeological significance as an ancient Roman city from the Byzantine times and is known for its partially preserved walls of temples, palaces, and streets.

The city is located 99.4 miles north of Palmyra, another ancient city which has been changing hands between the Syrian Army and Daesh since 2015. On March 2, the Syrian Army retook control of Palmyra. However, some of the city's valuable artifacts and remnants were damaged by Daesh sabotage.