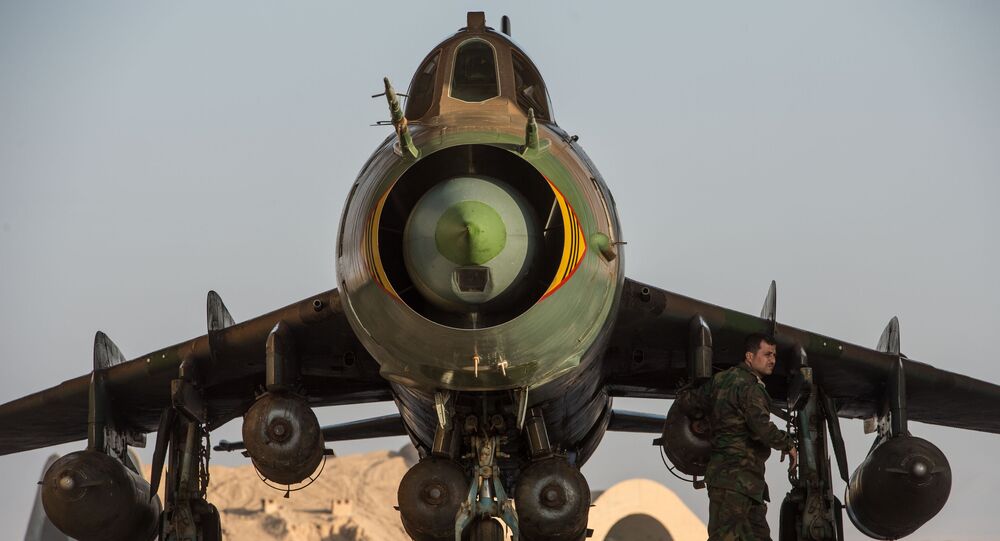 He commented on the US' boosting of its presence in southern Syria, saying that all actions in Syria need to be coordinated with legitimate Syrian authorities, "especially when it comes to the occupation of certain territories in Syria, including those that could prompt questions from the point of view of the true intentions of those who carry out such seizures [of territory]."

© Sputnik / Mikhail Voskresenskiy
US-Led Coalition Shoots Down Syrian Army Aircraft
"We call on the United State and all others who have their forces or advisors on the ground [in Syria] to ensure the coordination in our work. Zones of de-escalation are one of the possible options to jointly move forward. We call on everyone to avoid unilateral moves, respect Syrian sovereignty and join our common work which is agreed with the Syrian Arab Republic's government," the Russian foreign minister said.

Moscow calls on Washington to respect Syrian territorial integrity and the country's sovereignty according to the UNSC 2254 resolution and other documents, the Russian top diplomat said.

"As for the events on the ground in the Syrian Arab Republic, … it is necessary to fully respect sovereignty and territorial integrity of Syria. Therefore, any actions on the ground, and there are many involved parties, including those who carry out military operations, must be coordinated with Damascus," Lavrov said.

© AP Photo / Marko Drobnjakovic
US-Led Coalition Confirms Downing Syrian Plane, Says Aircraft Attacked Opposition
On June 18, the Syrian army said that the US-led coalition had brought down its aircraft in southern Raqqa countryside when it was fulfilling its mission against Daesh.

© AFP 2021 / TED ALJIBE
What's Behind US Deploying HIMARS Missile Systems to al-Tanf in Syria
On May 18, the US-led coalition struck pro-Assad fighters near the town of al-Tanf in the area of an established deconfliction zone with Russia. The coalition strikes occurred near al-Tanf, where US' and British special operations forces have been training Syrian rebel fighters near the border with Iraq and Jordan. Russia slammed the move as a violation of international law.

On June 6, the Pentagon announced the coalition conducted a new strike on pro-Syrian government forces as they entered the de-confliction zone with Russia and posed threat to its personnel. A Syrian source told Sputnik on Tuesday that at least two Syrian servicemen were killed and more than 15 injured as a result of the coalition attack.