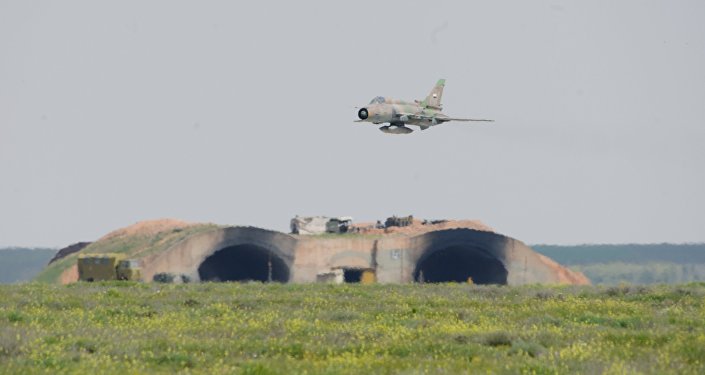 The coalition claims that it prevented the Syrian forces from advancing to the positions of the Syrian Democratic Forces (SDF) south of Tabqah by shooting down the aircraft.

"At 6:43 p.m., a Syrian regime SU-22 dropped bombs near SDF fighters south of Tabqah and, in accordance with rules of engagement and in collective self-defense of Coalition partnered forces, was immediately shot down by a U.S. F/A-18E Super Hornet," the statement read.

The Coalition headquarters said it contacted Russian representatives to de-escalate the situation after the attack.

Syrian Arab Army announced earlier that the US-led coalition had brought down its aircraft in southern Raqqa countryside.

“Our aircraft was downed at lunch time today near the [Syrian] city of Raqqa, when it was fulfilling its mission against Daesh,” the ministry said in a statement.