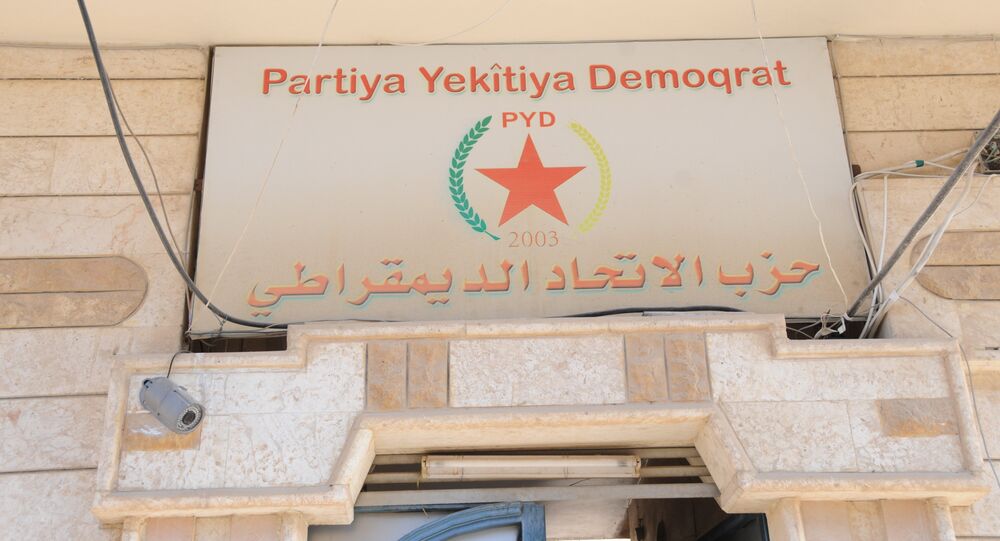 Syria’s Kurdish Militias Get 50 Trucks With US Armored Vehicles, Munition

In the last 10 days, the United States’ shipments made up 130 trucks, with 60 cars passing on June 5, and 20 vehicles on June 12, the media outlet specified.

In May, US President Donald Trump had approved arming of Kurdish militiamen in Syria with heavy armament, including mortars and machine guns.

In the month that passed since Trump’s approval of the arming of the Syrian Kurdish forces, a total of 348 trucks with military assistance had been passed to the group, the media outlet added.

According to the news agency’s data, the Pentagon’s list of weapons to be delivered to the group includes 12,000 Kalashnikov rifles, 6,000 machine guns, 3,000 grenade launchers, and around 1,000 anti-tank weapons of Russian or US origin.

Ankara considers PYD to be affiliated with the Kurdistan Worker’s Party (PKK), an organization listed as terrorist in Turkey.