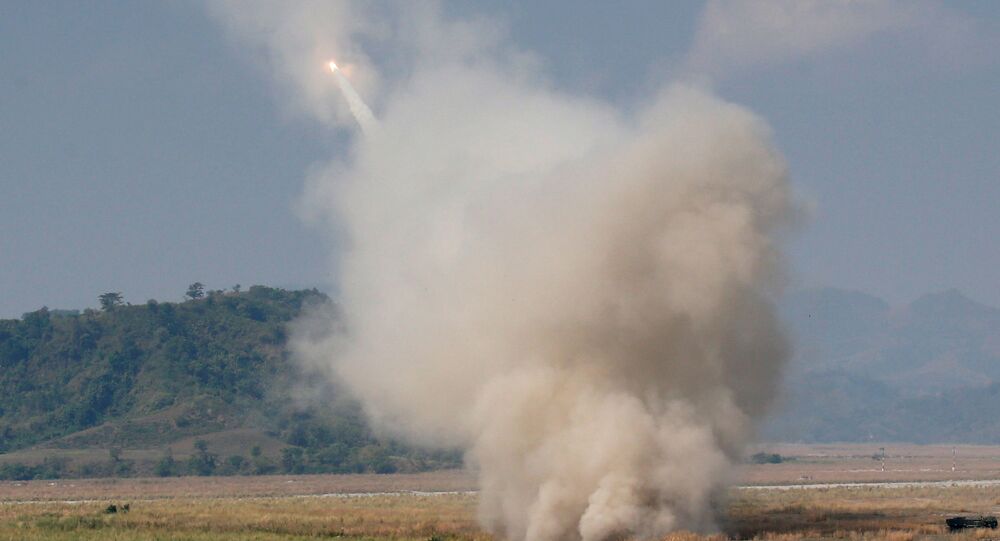 Russian Foreign Minister Sergei Lavrov, commenting on the US military moves, pointed to the near absence of Daesh or other terrorist groups in the vicinity of the HIMARS' staging area.

© AFP 2020 / TED ALJIBE
What's Behind US Deploying HIMARS Missile Systems to al-Tanf in Syria
MOSCOW (Sputnik) — The United States transferred on Wednesday two High Mobility Artillery Rocket System (HIMARS) multiple-launch rocket systems from Jordan. The systems were deployed at the US special operations forces base near al-Tanf located 11 miles from the Jordanian border.

The Russian military is analyzing the US deployment of artillery systems in southern Syria where terrorist groups are said to be virtually absent, Lavrov said Friday.

"The Russian military is naturally analyzing everything that is happening in this country, including taking into account the channel that we have with the US to prevent unintentional incidents," Lavrov said at a briefing.

"In this area, there are practically no Daesh units and the deployment there of such serious weapons, which are not particularly suitable to combat Daesh… will not ensure the stability of communication channels between government and pro-government forces in Syria and their partners in neighboring Iraq," he said.