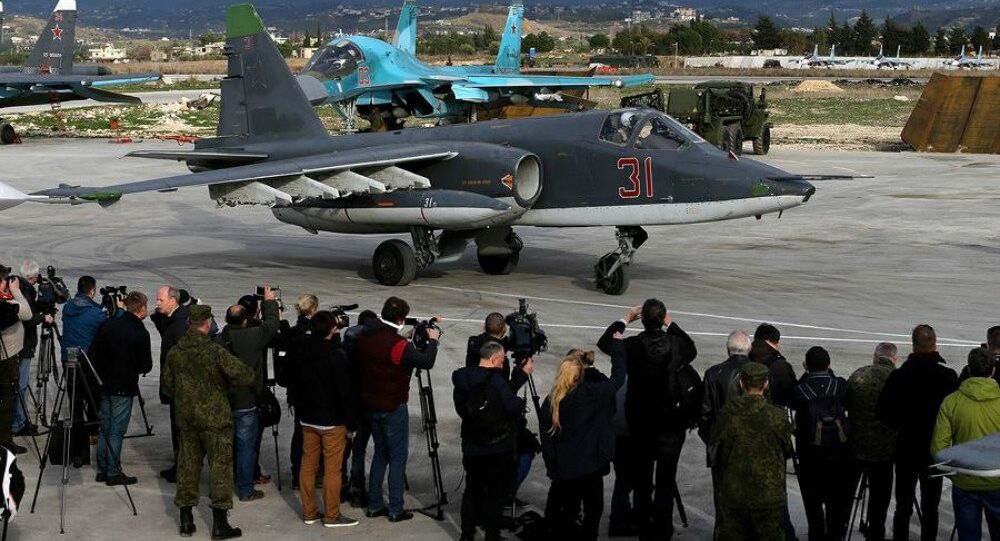 First Deputy Chairman of the Russian Federation Council's Committee on Defense and Security Frants Klintsevich said that Russian servicemen may limit their deployment locations to only Hmeymim and Tartus bases in Syria as early as next year.

© Sputnik / Dmitriy Vinogradov
Hmeymim Airbase, Tartus Center Suppress Terrorism in Syria, Neighbors
MOSCOW (Sputnik) – Russian servicemen may limit their deployment locations to only Hmeymim and Tartus bases in Syria as early as next year, the issue of increasing defense capabilities of the Syrian armed forces will be resolved before then, a senior Russian lawmaker told Sputnik on Thursday.

Earlier in the day Russian President Vladimir Putin said during his annual "Direct Line" call-in session that Russian troops would be deployed in Syria's Tartus naval facility and the Hmeymim air base in the future. According to the president, Russia also plans to take steps necessary for strengthening the combat capabilities of the Syrian Armed Forces.

"This year it will not be possible, while next year it is realistic. We are ready to leave as early as tomorrow, as soon as the Syrian army is ready for this. Currently they cannot do without our support," First Deputy Chairman of the Russian Federation Council's Committee on Defense and Security Frants Klintsevich said.

© Sputnik / Grigoriy Sisoev
Modernization of Russian Naval Support Base in Tartus May Take 5-7 Years
According to the Russian official, the issue of increasing the combat capabilities is being resolved actively.

"This task will be resolved in the short term. Our instructors are working there now," Klintsevich added.

Tartus became home for a Soviet naval facility under a 1971 agreement with Syria, and later passed on to Russia and is still used by the Russian navy. The Hmeymim Air Base near Latakia was built in 2015 to serve as a strategic center of Russia’s military operation against the Islamic State [Daesh] terrorist group (banned in Russia). In January 2017, both bases were leased to Russia by Syria for another 49 years.