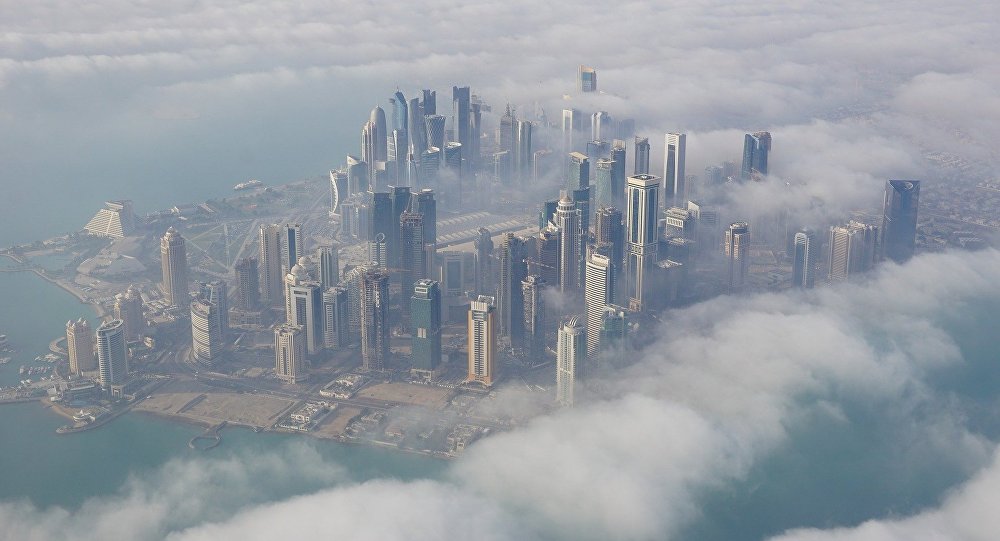 Facing mounting diplomatic pressure and a de facto blockade imposed by several Gulf states, Qatar is now dealing with a host of problems, such as food shortages and consumer panic.

The attempts to isolate Qatar however are apparently not limited to diplomatic channels alone, as Saudi Arabia and the United Arab Emirates applied the ban to broadcasts of the Qatari-based Al Jazeera TV network. The broadcaster’s offices in Jordan and Egypt were also shut down and according to Israeli newspaper Yedioth Ahronoth, Tel Aviv may enact a similar measure soon.

Meanwhile, the attempts by the several Gulf states to impose a de facto transport blockade against Qatar have already raised concerns that the country, which depends heavily on food imports, may end up facing a severe food shortage.

Spurred by these concerns and seeking to build up their personal stashes of food, many Qatari citizens rushed to supermarkets during the first hours of the blockade.

This development has also prompted Iran to send five cargo planes to the country, each carrying about 90 tons of food, and three cargo vessels also loaded with food supplies.

Qatari businessman Mutaz al-Hayyat, representative of the Power International Holding, also declared that he intends to import some 4,000 cows into the country from the US and Australia in order to ensure that Qatar remains well-supplied with dairy products despite the blockade.

A special coverage showcasing that all consumer goods and food products are available. #Qatar pic.twitter.com/J2dDbbVPwg

Qatar Airways also fell victim of the diplomatic row as Saudi Arabia, Egypt and UAE revoked the company’s license. The company’s branch offices in these countries were promptly shut down.

Akbar al-Baker, Qatar Airways CEO, stated that the company intends to file a complaint with the International Civil Aviation Organization, and named US President Donald Trump as the person responsible for this blockade.

"Arabs agreed in 1 day against #Qatar, while 60 years were not enough to agree against #Israel. Shameful!" #QatarCrisis #IstandWithQatar pic.twitter.com/sLTYzIi71w

And last but not least, this volatile situation also became a cause for concerns regarding the upcoming FIFA World Cup 2022, which is scheduled to be held in Qatar.

Earlier FIFA issued a statement saying that the organization maintains regular contact with Qatari agencies responsible for the event. However, it remains unclear whether the diplomatic conflict may further affect this football event.

UAE Ambassador to US Suggests Removing US Airbase From Qatar