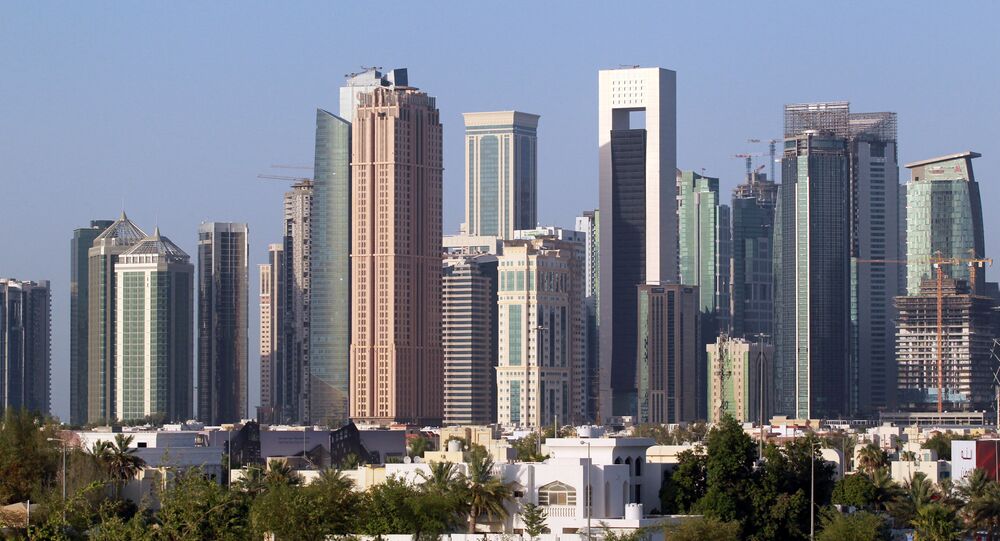 Saudi Arabia, the United Arab Emirates and Bahrain have launched humanitarian telephone lines as a support measure for mixed Qatari families affected by the ongoing diplomatic crisis, the foreign ministries of the three Persian Gulf states said in statements on Sunday.

MOSCOW (Sputnik) — On Monday, Saudi Arabia, Egypt, Bahrain and the UAE cut diplomatic ties with Qatar and embargoed all sea, air and land traffic to the country. Other nations have followed suit, accusing Qatar of supporting terrorists and destabilizing the Middle East.

"The [Saudi Arabian] Ministry of Interior has set up a hotline to receive the cases and take appropriate actions," the statement on the Saudi Arabian Foreign Ministry's official Twitter page read, adding that Qatari people were "a genuine extension of their brothers in the Kingdom of Saudi Arabia."

© CC0
Qatar Lauds Russia's Offer on Food Supplies Amid Row With Arab States
Bahrain's King Hamad bin Isa Al Khalifa issued a royal order "to take into account the humanitarian situation of the Bahraini-Qatari families in appreciation of the brotherly Qatari people," according to the ministry.

Yemen, the Maldives, Mauritius, Mauritania and the eastern-based government in divided Libya also announced a break in relations with Doha, while Jordan and Djibouti said they would lower the level of diplomatic contacts with Qatar. Senegal and Chad recalled their ambassadors from Doha. Qatar denied the accusations and said that no retaliatory measures would be taken.

Why France Has Larger Potential Than US in Mediating Qatar Crisis