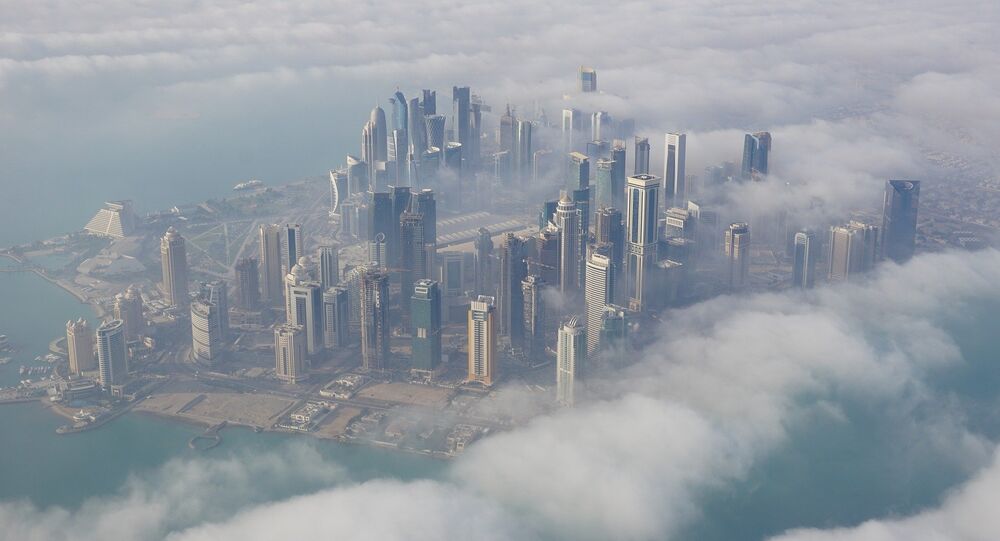 The current crisis over Qatar is just the tip of the iceberg of the ongoing struggle for influence in the Sunni world, Lebanon’s ex-parliamentary speaker Ili al Farzali told Sputnik.

“I see this conflict around Qatar also as a war against Turkey in the Sunni world. Assuming that Qatar is indeed a sponsor of terrorism, namely the Muslim Brotherhood, which is the most influential Sunni party both in and outside the Arab world. If Qatar stops supporting it, this would also have a negative impact on Turkey, which has until now been building up its influence in the Arab world,” Ili al Farzali said.

He added, “If Qatar loses its influence in the Middle East, so will Turkey.”

© REUTERS / Yuri Gripas
Lavrov, Tillerson Agree Qatar Crisis Should Be Resolved Through Negotiations
“The Americans want oil and money and they just don’t care about what is going on there. Trump has made this perfectly clear,” Ili al Farzali noted.

Meanwhile, Turkish President Recep Tayyip Erdogan promised to expand his country’s cooperation with Qatar and pledged every effort to seek a diplomatic solution to the conflict.

Commenting on the situation in an interview with Sputnik, Turkish ex-ambassador to the United States Faruk Logoglu said that Ankara should be careful not to take sides in the ongoing crisis.

© REUTERS / Murat Cetinmuhurdar/Presidential Palace
Turkey's Erdogan Casts Doubt on Gulf Terror Claims Against Qatar
“Turkey has found itself in a very difficult situation as it maintains close ties with the countries, which have broken off diplomatic relations with Doha. Moreover, we have signed a defense pact with Qatar and are going to open our first overseas military base there. This means that much now depends on the policies Turkey is going to pursue under the circumstances,” Logoglu told Sputnik Turkey.

He said that Ankara should watch its step in this conflict because everything is it says or does could eventually backfire.

“Despite its close ties to Qatar, Turkey should avoid taking sides and do what it needs to do if this crisis continues,” Faruk Logoglu noted.

They accused Doha of sponsoring terrorist groups, above all the Muslim Brotherhood, and of meddling in other countries’ internal affairs.

Qatar rejects the accusations, with its Foreign Ministry expressing regret over the Gulf States’ decision to cut off diplomatic relations with the oil-rich kingdom.