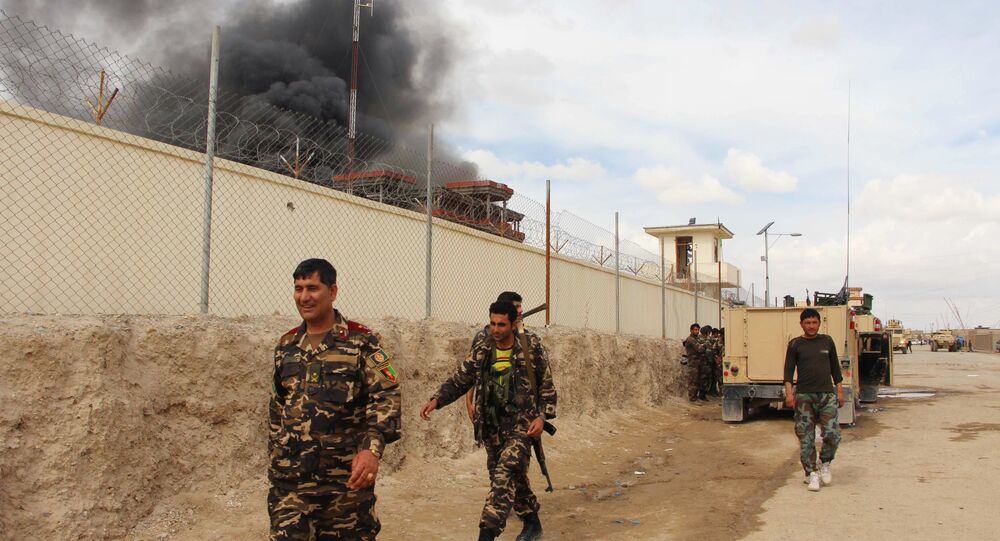 Sixteen years after the Taliban was challenged in Afghanistan by an invasion led by the UK and US, it appears the militant group has regained control of large parts of the country.

Afghanistan has seen a series of attacks over recent months in key towns, which have become a Taliban stronghold. One such area is Helmand province, which is once again under the terror group's control.

This is a devastating time for the Afghan forces, which have retreated as Taliban forces pressed forward in their effort to seize Helmand. However, the UK and US coalition have also been dealt a harsh blow. Thousands of them served in Helmand between 2009 and 2014 — this was during some of the most intense fighting seen by foreign troops in Afghanistan.

According to sources, the aim and mission during the 16 year war, was not to fight but to train and help the Afghan forces. However after years of hard work, and push back by the coalition and the Afghan army, it appears the Taliban has been able to regain control of Helmand.

In the town of Sangin, in Helmand, the Taliban's Special Forces — also known as the Red Unit lay in wait — the group has captured nearly 85 percent of Helmand, according to a BBC investigation.

Sources say that the Afghan forces are less well-armed and that the army is still recovering from a devastating attack in the northern city of Mazar-i-Sharif in June, which saw the killing of 135 soldiers, according to Reuters.

The Taliban has come back in full force and has seen several victories in major strategic cities and towns. It is for this reason that many US Marines have been forced to return to Afghanistan in order to help regain power of Helmand.

US Defense Secretary James Mattis warned that 2017 will be a "tough year" for the Marines being deployed to Afghanistan.

"We're under no illusions about the challenges associated with this mission," Mattis said at a press conference in Kabul with General John Nicholson, US commander of NATO forces in Afghanistan.

"2017 is going to be another tough year for the valiant Afghan security forces and the international troops who have stood, and will continue to stand, shoulder-to-shoulder with Afghanistan against terrorism," Mattis added.

US Secretary of Defense, James Mattis watches over an Army Ranger as he prepares his descent into hostile enemy territory in Afghanistan. pic.twitter.com/dJc7dHDHHX

As Marines are deployed back to Afghanistan to continue the fight, it appears the country is once again facing the prospect of the US re-emerging to try and help the Afghan army.

"I was excited to come back, I had previously spent eight months in the far south of Helmand that mixed combat operations with training the Afghan border police," Staff Sergeant George Caldwell said in a recent interview.

"I have a lot of time invested in Helmand province. We have many, many years of combat operations and we'd hate to see the region become unstable," he added.

Despite the efforts made by the US and UK forces, it appears that Helmand, a source of much of the world's illegal opium supply, is now in the hands of the Taliban insurgents.

Corruption and poor leadership are still an issue despite efforts to eradicate problems such as bribery; the problems continue and appear to be getting worse.

Helmand is not the only area under attack, Kabul, the capital of Afghanistan is a strategic southern district of the country, and Western troops spent months fighting to dislodge Taliban forces during the 16 year Afghan war; however it has now passed quietly into the hands of Taliban insurgents.

Many people hoped seven years on, the country would be in a more peaceful state, free of the Taliban, however since the 2014 withdrawal of most NATO, US and UK troops and the countless amount of people killed and wounded on both sides the Taliban's white banners are flying high over towns in Helmand province.

A strategic area that that Afghan and coalition troops fought so hard to protect is now once again a Taliban stronghold.

Slashing US Funds to Afghanistan Could Cause Country to ‘Implode,’ Experts Warn

US Must 'Do Something Very Different' or Afghanistan Will Deteriorate