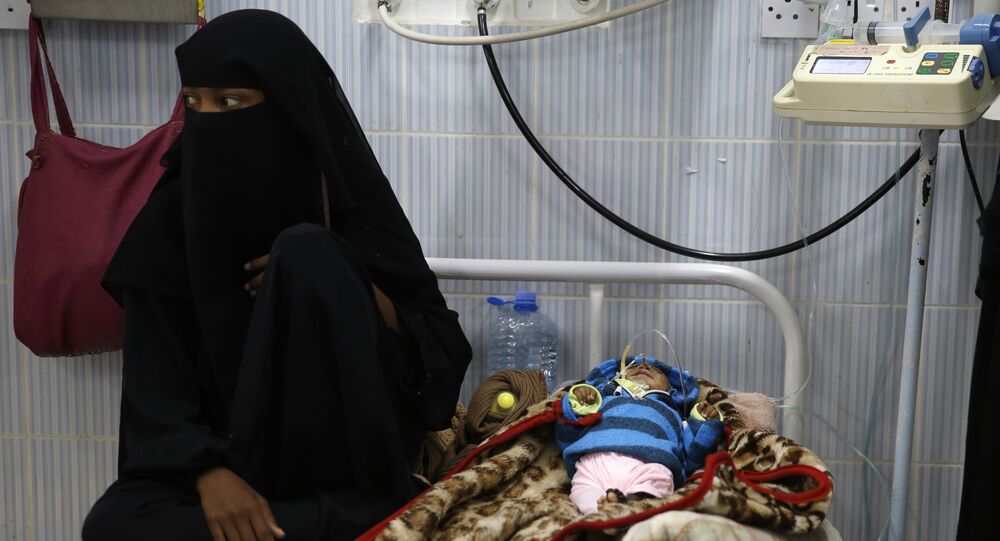 The World Health Organization (WHO) announced Thursday that Yemen’s cholera outbreak has intensified. The Yemeni government, unable to keep pace with the spread of the disease, has declared a state of emergency in Sanaa.

"More than 101,800 suspected cholera cases and 789 associated deaths have been reported in 19 governorates (in Yemen)," the WHO tweeted.

In a joint release with UNICEF, the WHO said that as of June 7 there have 791 cholera deaths in the country. The organizations warned that the number of dead will likely continue to rise, and said that they are focusing their efforts on areas with the highest reported number of cases.

"These cholera 'hot spots' are the source of much of the country’s cholera transmission," said Dr. Nevio Zagaria, who heads the WHO office in Yemen. "Stamp out cholera in these places and we can slow the spread of the disease and save lives. At the same time, we’re continuing to support early and proper treatment for the sick and conducting prevention activities across the country."

UNICEF representatives in the Middle East have said that if adequate aid doesn’t reach the areas most in need, the number of cases of the waterborne bacterial disease in Yemen could double every two weeks.

"The cholera outbreak is making a bad situation for children drastically worse," the fund’s representative in Yemen, Dr. Meritxell Relano, said. "Many of the children who have died from the disease were also acutely malnourished."

"Today, life for children in Yemen is a desperate struggle for survival, with cholera, malnutrition and the relentless violence constantly sounding a death knell at their doorsteps."

According to antipoverty nonprofit organization OxFam, someone in Yemen dies of cholera every hour.

More than two years of conflict between a Saudi-led coalition in support of the government of Yemen’s ousted President Abdrabbuh Mansur Hadi and Iran-backed Houthi rebels have left the country's health infrastructure in shambles.

© REUTERS / Khaled Abdullah
US Approves $76 Million in Aid to Yemen, Including Fight Against Cholera

The UN Office for the Co-Ordination of Humanitarian Affairs (OCHA) released a report Wednesday saying Yemen’s rate of cholera is on an "unprecedented scale," underscoring that its spread is "a manifestation of the dire humanitarian catastrophe in Yemen where more than half of all health facilities no longer function due to conflict.

"Health and sanitation workers have not been paid for over eight months, only 30 per cent of required medical supplies are being imported into the country, garbage collection in the cities is irregular, and more than eight million people lack access to safe drinking water and proper sanitation."

With close to 25 percent of Yemen’s population teetering on the brink of famine and more than half of people lacking access to healthcare, the United Nations has warned that Yemen could be close to a humanitarian crisis if international support isn’t forthcoming.

Though treatable, cholera can prove fatal in a matter of hours if left untreated.

"Today in Yemen, if you do not die of conflict and hunger, you risk being killed by cholera. We have seen the catastrophic consequences when cholera spreads unchecked, and as an international community, we cannot allow this to happen," said Jamie McGoldrick, the UN's humanitarian chief in Yemen.

Russia Allocates Additional $1Mln for Humanitarian Assistance to Yemen in 2017