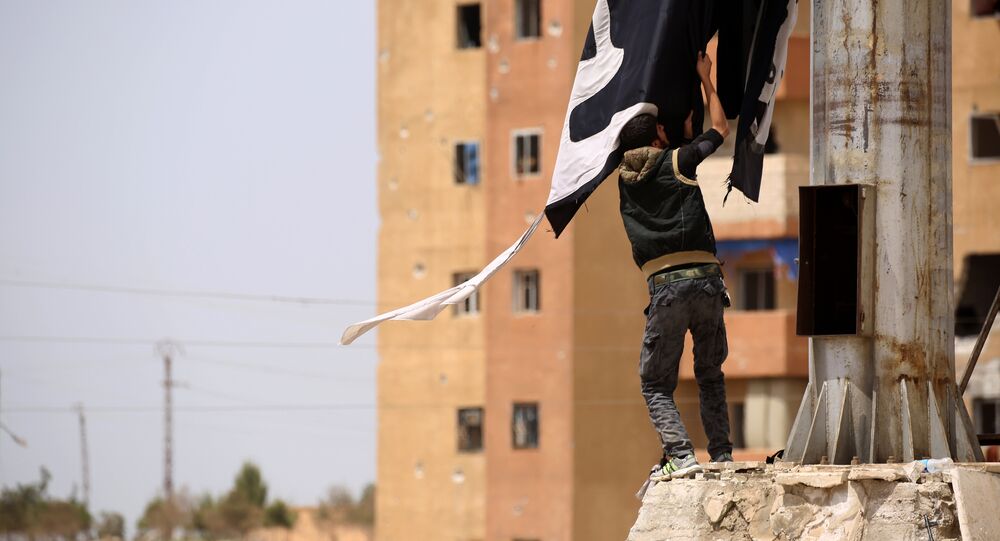 As the operation of the Syrian Democratic Forces for the liberation of Raqqa with the help of the US led international coalition continues, the US Marine Corps has joined the fight. Sputnik Turkey spoke with military expert Celalettin Yavuz about the future of Raqqa.

© REUTERS / Rodi Said
US-led Coalition Begins Offensive to Liberate Raqqa From Daesh
Although the US is positive about victory in Raqqa, the issue remains that the city will come under the control of Kurdish detachments of People's Self-Defense units (YPG) after Daesh is eliminated.

Raqqa under the control of YPG is not in the interests of Turkey, Iraq, Iran and Syria.

According to military expert and retired captain of the Turkish Navy Celalettin Yavuz, everyone needs to unite their efforts with Russia and put pressure on the US in order to protect the territorial integrity of Syria.

“Now it is becoming difficult to understand what exactly the US-led coalition is trying to achieve in Syria. The Americans provide direct support to the Syrian Democratic Forces, who negotiate with Daesh militants and let them leave Raqqa through corridors,” Yavuz told Sputnik Turkey.

He further said that, “It seems that everything is being done for the sake of a quick and demonstrative victory in the city of Raqqa.”

However, such hastiness will not resolve the situation if it will provide legitimacy to the Kurdish groups of People's Self-Defense units to take over Raqqa after Daesh.

“On the other hand, the forces of the international coalition are striking not so much the Daesh positions but the pro-government forces. That is unacceptable. The Americans have acted like this before, as if their main goal was not the terrorists, but Assad,” the expert said.

© REUTERS / U.S. Air Force/Senior Airman Matthew Bruch/Handout
Syrian Foreign Ministry Slams US-Led Coalition's Strikes on Raqqa Resulting in Civilian Deaths
He added that Raqqa is an oil-bearing province. Therefore, the struggle for it will not cease even after the annihilation of the militants is achieved.

“The Assad government will not give up so easily on this province. Turkey in this matter also indirectly supports Syria, since it stands for preserving the territorial integrity of the country,” Yavuz said.

According to the expert, considering the current situation, it is clear that there are new opportunities for joint operational actions by Russia, Turkey, Iran and Syria.

However, for this to work it is necessary to reconcile Ankara with Damascus. Yavuz believes that Moscow can serve as an intermediary in this matter.

“It is obvious that the uncoordinated and unpredictable actions of the international coalition threaten the integrity of the Syrian Arab Republic. The threat of a split in the country is not in the interests of Turkey, Iraq, Iran, and obviously Syria,” the expert said.

“Therefore, everyone needs to unite their efforts with Russia and put pressure on the Americans in order to preserve the territorial integrity of the Arab Republic. I do not see any other way out of this,” Yavuz concluded.

In their drive for Raqqa, Kurdish forces have been initially supported by a US-led coalition and are currently coordinating their actions with American forces. Earlier, the Pentagon deployed several marine units to the area, in addition to previously deployed 500 Special Forces troops.

Leaving Raqqa Behind: What's Behind Daesh Fleeing For Palmyra