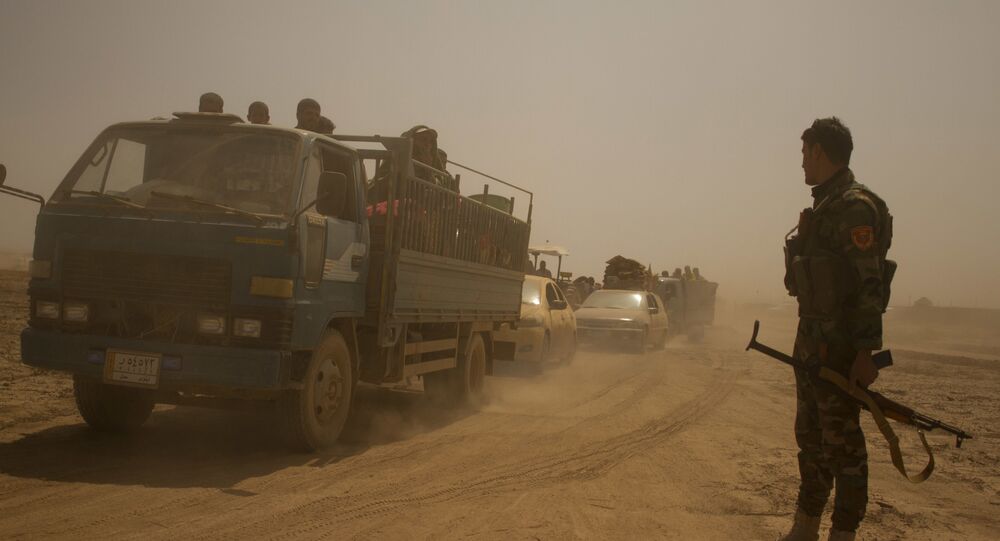 An airstrike killed between 50 and 80 civilians Daesh-held area of Iraq's western Mosul on May 31, the United Nations said Thursday.

© Sputnik / Rafael Daminov
Photojournalist Embedded in Mosul Accuses Iraqi Special Forces of War Crimes
MOSCOW (Sputnik) — The statement also said that more than 231 civilians appeared to have been killed when trying to escape western Mosul since May 26, with at least 204 in "three days last week alone."

"There are also reports of civilian casualties caused by recent air strikes, including one in Zanjilly, another ISIL-held [Daesh-held] area of western Mosul, where a strike on 31 May reportedly caused between 50 and 80 civilian deaths. The UN Human Rights Office in Iraq is seeking further information about these attacks," the Office of the United Nations High Commissioner for Human Rights (OHCHR) said in a statement.

The UN human rights office described the latest atrocities of Daesh terrorists, including the reported shooting of at least 163 civilians in western Mosul last Thursday and the killing of 27 people on May 26 in the same neighborhood.