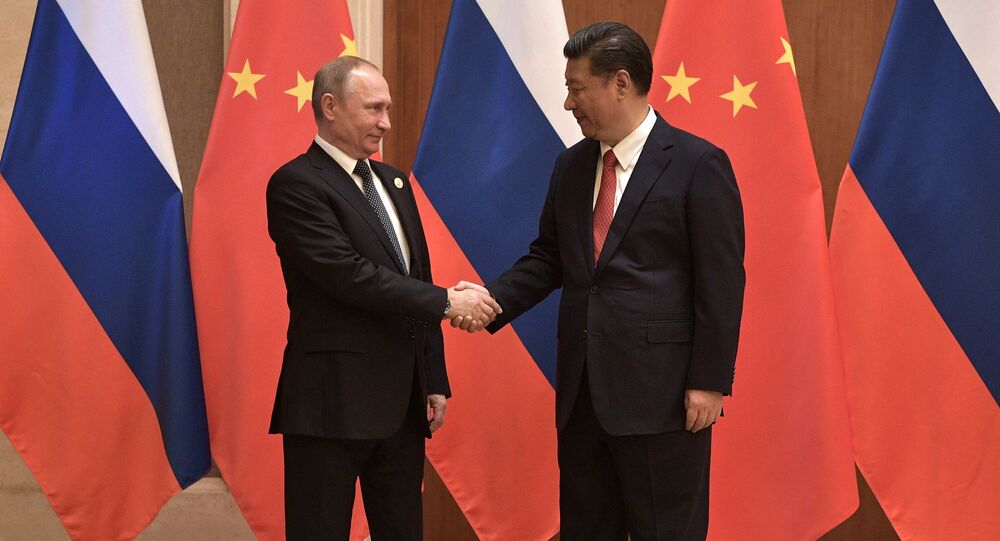 How Qatar Row Could Impact China's One Belt, One Road Project

The breakup of diplomatic ties between Qatar and a number of other leading regional powers will have a negative impact on the Gulf kingdom's economy and could add to the current instability in the Middle East. Sputnik asked Chinese experts about the impact this could also have on the implementation of Beijing’s One Belt, One Road project.

China has every reason to worry because Saudi Arabia and Qatar are the main sources of oil and gas supply to the People’s Republic, Sputnik China wrote.

© CC BY-SA 2.0 / Aleksei
Russia Plays Major Part in Turning China's One Belt, One Road Into Megaproject
Moreover, China planned to set up free trade zones with members of the Arab Gulf Cooperation Council (AGCC) of Bahrain, Qatar, Kuwait, the United Arab Emirates, Oman and Saudi Arabia and while earlier agreed fuel supplies will hardly be affected by the current row, the creation of free-trade zones, which are an important part of the One Belt, One Road project, will probably have to be put on hold.

It is apparently with these concerns in mind that Beijing is not taking sides in the current conflict, saying only that it hopes that Saudi Arabia, Bahrain, the Emirates and Egypt will manage to settle their differences with Doha through a dialogue.

In an interview with Sputnik China, Bian Yongzu, an expert at Chungyang Financial Research Center, described oil- and gas-rich Qatar and Saudi Arabia as important staging points of the One Belt, One Road project.

“The One Belt, One Road project, meant to build up economic cooperation between countries through the construction of infrastructure and closer integration, has already been endorsed by the Saudis, Iran and Qatar, which see China as the world’s leading buyer of oil and gas. This means that, despite some temporary problems, China has nothing to worry [about the present row],” Bian Yongzu said.

Professor Wang Yiwei of the People's University in China believes that even though Chinese investments will not be directly affected by the current conflict, the growing instability in the region could still have a negative impact on China’s economic cooperation with the Gulf States.

“Dangerous as the current instability in the Middle East, including the worsening situation in Yemen, is, it will hardly reflect on [the Chinese investments in the Gulf]. China’s cooperation with the AGCC countries and the ongoing talks about the creation of free-trade zones could still suffer. Just how much is hard to say though,” Wang Yiwei noted.

The Qatari Foreign Ministry rejected the accusations and expressed regret over the decision of the Gulf States to cut off the diplomatic ties with it.

The diplomatic row broke out one week after the Arab Islamic American Summit in Riyadh, when the Qatari news agency posted a speech on behalf of the country's emir in support of building relations with Iran.

Afterwards, the official representative of the Qatari Foreign Ministry said that the agency's site was hacked and the emir's speech was published by hackers and had nothing to do with the Qatari leader.

Qatar Crisis: 'It's Clear That Saudis Have Been Emboldened by Trump's Visit'

Russia Plays Major Part in Turning China's One Belt, One Road Into Megaproject