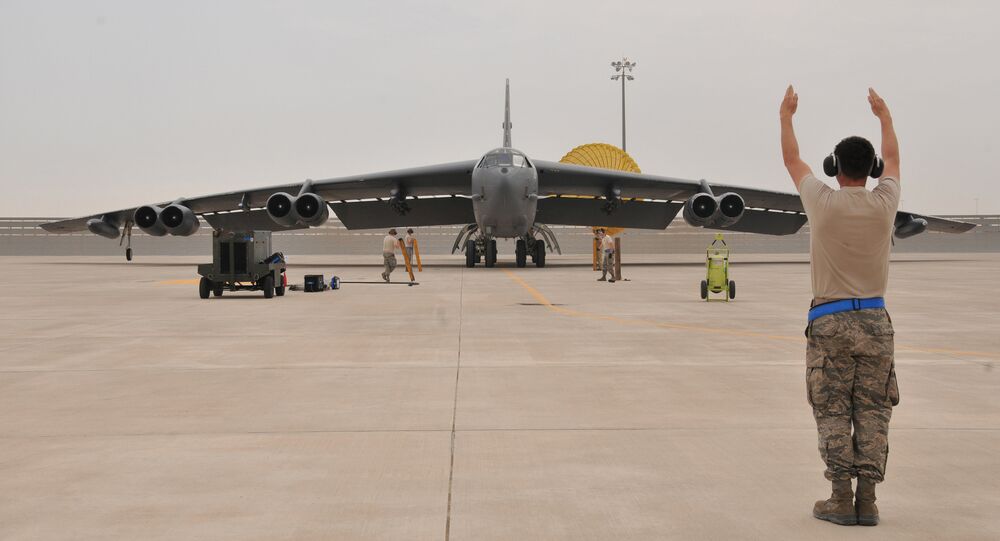 The United States' decision to take side of the Arab states that cut off the diplomatic relations with Qatar in the ongoing row indicates that Washington is seeking to avoid its military base outside Doha being moved to another country amid growing evidence that Qataris fund Islamists, analysts told Sputnik.

WASHINGTON (Sputnik) — The US government supports Saudi Arabia and the United Arab Emirates (UAE) imposing control on Qatar’s foreign policies and stopping the flow of funding to Islamist terror movements, including al-Qaeda and Daesh (both outlawed in Russia), analysts told Sputnik.

Davidson said the US government appeared to have arranged in advance of the current crisis that in the event of a Saudi and/or UAE takeover of Qatar or imposition of a new government, Washington would be permitted to continue operating at al-Udeid Air Base outside the capital Doha.

US Central Command (CENTCOM) has its forward headquarters for all Middle East military operations at al-Udeid.

"[W]ith Saudi and UAE guarantees having undoubtedly been provided for all US rights to military facilities in Qatar, currently including CENTCOM’s forward headquarters and a major airbase, there has emerged a distinct ‘win-win’ situation," Davidson stated.

"Notably, any Saudi and UAE-monitored freeze on Doha's foreign policies will help to solve an increasingly divisive problem at the heart of US politics," he said.

Wealthy Saudis and Kuwaitis as well as Qataris continued to provide massive financial support for Daesh, which is outlawed in Russia and for al-Qaeda, Davidson noted.

"As the Department of the Treasury continues to accumulate evidence linking wealthy Saudis and Kuwaitis to extremist organizations such as al-Qaeda and the Islamic State [Daesh], it is actually accumulating even more substantial evidence, per capita at least, on Qatari citizens," he stated.

As a result, political pressure had been growing on the Department of Defense to move its operations out of al-Udeid, something policymakers did not want to do, Davidson recalled.

"This has earlier been leading to calls, including some from leading Congressmen, for the Department of Defense to shift its facilities out of Qatar, even though its spokesmen have repeatedly claimed there were no viable alternatives," he said.

Independent Institute Center for Peace and Freedom Director Ivan Eland pointed out that US support for the Saudi and UAE moves against Qatar ignored the massive support for Daesh and al-Qaeda that had come from those sources.

Iranian-sponsored Hezbollah has not caused Washington any problem since the US intervention in Lebanon in the 1980s, Eland recalled.

"In contrast, the vast majority of the 9/11 hijackers were Saudi and al Qaeda and IS [Daesh] both have originated from and have been sponsored by Saudi Wahhabism.," he said.

US policy was driven by the Saudis being the swing producer in the OPEC petroleum cartel, Eland concluded.