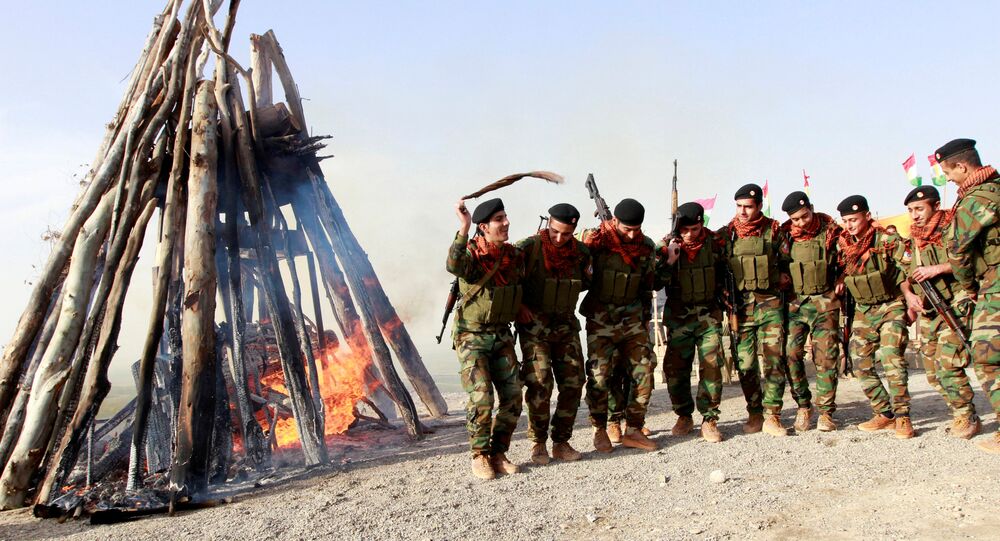 The leaders of Iraqi Kurdistan have announced that they will be holding an independence referendum September 25, part of a plan to fully secede from Iraq and create an independent Kurdish state for the first time in centuries.

Kurdish Prime Minister Necherzan Barzani told the Times Record News in May that an independence referendum "will show the international community what the population wants." Successful or not, the referendum will be followed by parliamentary elections on November 6.

The parties that attended the meeting agreed on four major points. The date of the referendum was the first. They also agreed that, over the next three months, the parties would reactivate the Kurdish parliament, out of session since October 2015. Thirdly they would focus on improving the lives and economic conditions of Kurds, many of whom are destitute and impoverished. Fourthly and finally, they decided that the referendum would be overseen by Barzani.

Additionally, referendum committees have been formed to visit foreign countries in an attempt to drum up support for Kurdish independence.

The referendum has been a long time coming, with the Kurds waiting for the defeat of Daesh before pressing the issue with Iraq. With the Islamic militant group in its death throes in Iraq, the Kurds have moved ahead with the move, which many expect Baghdad to oppose.

One major sticking point of Kurdish independence will be areas claimed by both Erbil and Baghdad, most notably the Kirkuk Oil Field that features Iraq's largest crude oil pipeline. Ownership of this lucrative region is a "significant" political challenge, according to May testimony from US Defense Intelligence Agency Director Gen. Vincent Stewart.

In an unusually blatant statement during a Senate hearing, the general said that the creation of an independent Kurdish state “is on a trajectory where it is probably not if but when. And it will complicate the situation unless there's an agreement in Baghdad."

This doesn’t begin to touch on the bitter and complicated relationship between the Kurds and Turkey, as Ankara has been waging a decades-long campaign of suppression against its own Kurdish nationalist minority movements such as PKK. Ankara would likely oppose sharing a border with a Kurdish state that theoretically could support and harbor Kurdish rebels, which its government deems terrorists.

The legitimacy of the referendum is further challenged by the divides and squabbles between Kurdish factions. The Change Movement (also called the Gorran party), the official opposition party in Kurdistan's Parliament, did not participate in the meeting that preceded the announcement.

Violent protests broke out in the Gorran-heavy Sulaimani province of Iraqi Kurdistan, leading to the deaths of several KDP members. KDP blamed the violence on Gorran influence, which they denied.

Two seats in the referendum committee have been saved, one for the Gorran party and one for the Kurdistan Islamic Group, a small Islamist party that controls 6 of the 111 parliament seats.