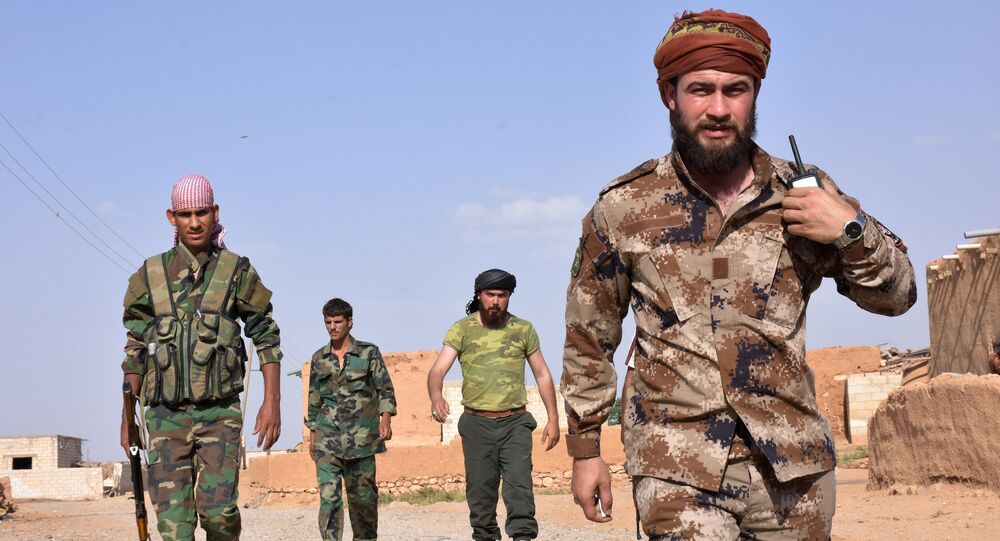 Commenting on a new airstrike carried out by the US-led coalition on Syrian pro-government forces on Tuesday, Egyptian military analyst General Gamal Mazlum called it an intentional attack aimed at stopping the advancing government forces; and explained why the US and the coalition are not interested in the end of the Syrian conflict.

US Air Force
Lavrov: US-Led Strike on Syrian Forces is Blow to Fight Against Terrorism
On Tuesday, the US-led coalition delivered another attack on Syrian government forces, which were advancing inside a deconfliction zone near al-Tanf.

Commenting on the new attack, Egyptian military analyst General Gamal Mazlum, former head of the Research Center of the Egyptian Military Academy told Sputnik that the US is trying to weaken the military potential of Damascus by delivering intentional air attacks on its advancing government forces.

"If we follow up the recent remarks of the American officials, it would become clear that the US is acting intentionally against President Bashar al-Assad. Its airstrikes on Syrian pro-government forces aim to weaken his chances of retaining power," Gamal Mazlum told Sputnik.

Besides, he said, the US is trying to increase its military influence on the balance of power in Syria.

"It was clearly seen when they were arming the Kurds on the same very principle as they did earlier in Iraq," the general said.

© AFP 2021 / PAUL CROCK
US Coalition Destroys Pro-Syrian Government Forces Within Deconfliction Zone
He did not rule out that such a military escalation on the part of the US could be aimed at disrupting Syrian peace talks in Astana.

The US, he said, is trying to extend the conflict, as neither the US administration, nor Pentagon are interested in a stable Syria and in the political settlement of the conflict.

Washington is pursuing its previous policy in the Middle East, promoting the expansion of military conflicts.

The airstrikes should be delivered on terrorist groups rather than the forces that are fighting against terrorists, the expert concluded/