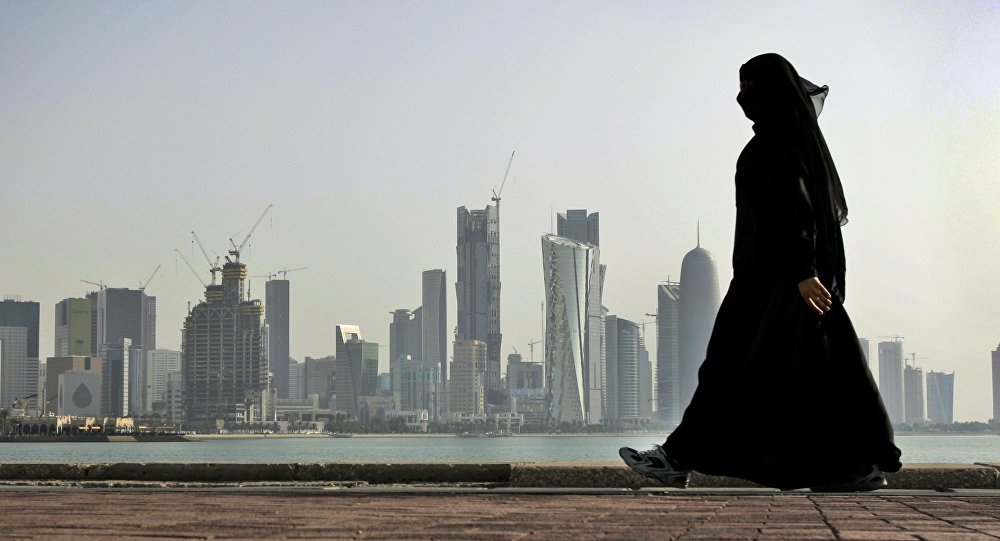 Qatar Row: Arab States Will 'Accept Nothing but Deep Changes' in Doha's Policy

The Arab countries that cut diplomatic relations with Qatar will not be ready to settle the crisis until the Qatari decision to disclose terrorists that found shelter in the Gulf country, Egyptian lawmaker Saad Gammal told Sputnik.

© AP Photo / Evan Vucci
Trump Had 'Very Productive' Conversation With Qatari Emir, Welcomes Progress
CAIRO (Sputnik) — Saudi Arabia, Bahrain, the United Arab Emirates and Egypt announced on Monday a break in diplomatic relations with Qatar, accusing Doha of supporting terrorist organizations and destabilizing the situation in the Middle East. The authorities of eastern Libya, Yemen, as well as the Maldives and Mauritius, later also announced the severance of relations with Qatar.

"The Arab countries will accept nothing but deep changes [in the Qatari policy] in order to settle the crisis in relations with Doha. Qatar must satisfy all the demands of the Arab states, the main one is to disclose all the wanted terrorists, who are sheltered on its territory," Gammal said on Tuesday.

The Egyptian Foreign Ministry accused on Monday Qatar of sheltering leaders of the Muslim Brotherhood movement, outlawed in Russia, as well as disseminating the ideology of Daesh and al-Qaeda terror groups, both banned in Russia.