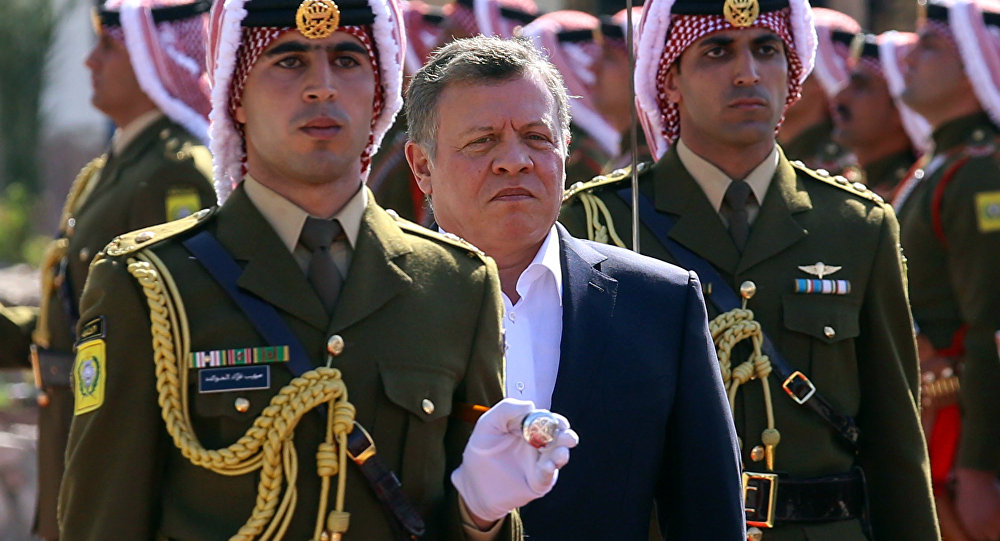 Al Momani claimed that the decision resulted from Amman examining the "cause of crisis" between Doha and its neighbors.

Four Middle Eastern states all announced on Monday that they would be severing all diplomatic ties with Qatar, accusing Doha of being a state sponsor of terrorism. Those states are Bahrain, Egypt, Saudi Arabia, and the United Arab Emirates.

US President Donald Trump claimed involvement in the decision of the Arab states to isolate Qatar. "During my recent trip to the Middle East I stated that there can no longer be funding of Radical Ideology. Leaders pointed to Qatar — look!" he tweeted on Tuesday.

​"So good to see the Saudi Arabia visit with the King and 50 countries already paying off," he added a few hours later. "They said they would take a hard line on funding extremism, and all reference was pointing to Qatar. Perhaps this will be the beginning of the end to the horror of terrorism!"

Al Jazeera is owned and funded by the Qatari government.

US State Dept. Claims Qatar 'Still Has Work to Do' to Stop Terrorist Financing