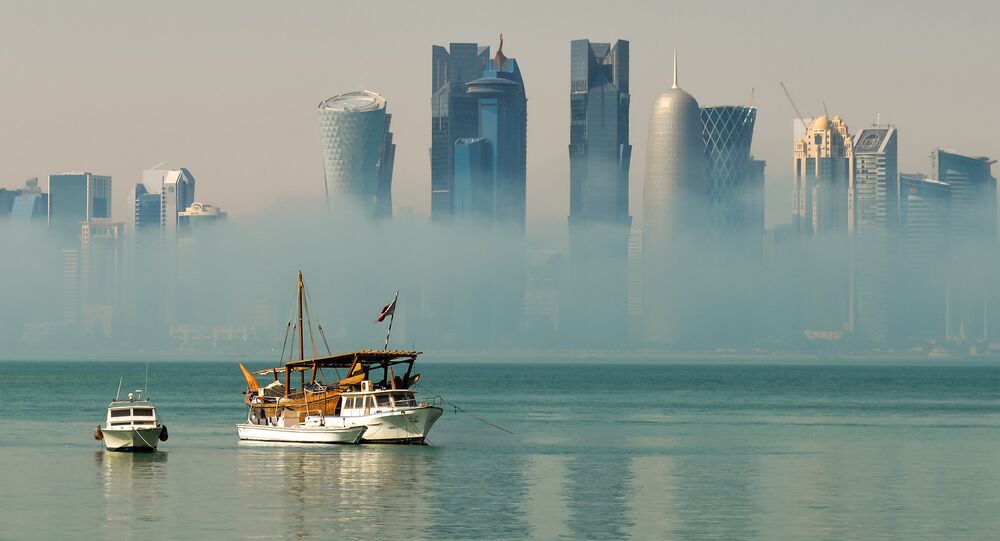 © AP Photo / Lukasz Szelemej, file
Qatari Conflict: 'Proxy Battle Between Iran and Saudis Going to the Next Level'
On Monday, four Arab states – Bahrain, Saudi Arabia, Egypt and the United Arab Emirates – announced that they had cut diplomatic ties with Qatar, accusing it of supporting terrorism and Islamic extremism. The governments of Yemen and Libya followed suit later in the day.

UAE-based airlines Emirates, Etihad, Flydubai and Air Arabia have canceled all flights to and from the Qatari capital Doha.

The UAE, Saudi Arabia and Bahrain have also closed airspace for Qatar Airways and its land border with Qatar, which could cause significant problems for its neighbor. About 40 percent of the desert state's food supply is delivered via trucks across the land border with Saudi Arabia.

In contrast to its Arab neighbor, Qatar enjoys a good relationship with Iran based on their economic cooperation, and Tehran has offered to deliver food to Qatar by sea.

Kuwaiti economist Mustafa Salmawi told Sputnik that the North Field, which provides around 60 percent of the country's annual export revenue, will also ensure the country's ability to resist the Saudi sanctions.

"Qatar is a global economic player, despite its small size. This is the world's third largest gas power. It possesses 15 percent of the world's total gas reserves, more than 900 trillion cubic feet in absolute figures."

Qatar, which supplies roughly a third of the world's liquefied natural gas, also supplies Arab neighbors Oman and the UAE via the Dolphin pipeline.

"These riches have raised a set of issues regarding the transportation of gas to consumers in the Persian Gulf countries. So far only Dolphin, which delivers gas to the Sultanate of Oman, is functioning successfully and [also] provides 30 percent of the UAE's needs," Salmawi said.

The economist added that the Qatar Investment Authority, the country's sovereign wealth fund, is well-placed to weather the hit. The $335 billion sovereign wealth fund has over $90 billion invested in global equities including Volkswagen, Rosneft and banks such as Barclays and Credit Suisse.