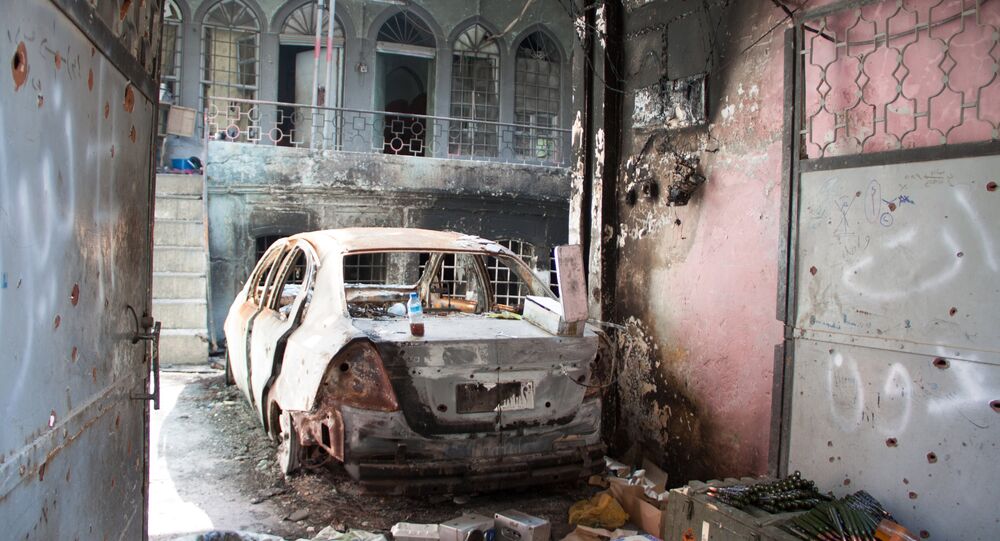 UN High Commissioner for Human Rights Zeid Ra’ad Hussein said Tuesday that Daesh killed over 160 civilians in the Iraqi city of Mosul when they tried to flee from the terrorist-controlled district on June 1.

MOSCOW (Sputnik) — On Thursday, the Daesh militants reportedly opened fire on civilians who attempted to flee Mosul's Zanjili district, which remained under control of the militants.

"Yesterday, my staff reported to me that bodies of murdered Iraqi men, women and children are still lying on the streets of the al-Shira neighbourhood of western Mosul, after at least 163 people were shot and killed by Daesh on 1 June to prevent them from fleeing. My staff have also received reports of missing persons from this neighborhood," Hussein said, as quoted by the statement issued by the Office of the United Nations High Commissioner for Human Rights (OHCHR).

The UN high commissioner stressed the necessity of eradicating terrorism, but noted that government actions should be smart, preserving human rights and avoiding wrongful detentions.

"Counter-terrorism must be prosecuted intelligently: that is, while preserving the human rights of all… The cost of a wrongful detention dramatically outweighs whatever benefit it is perceived to accrue. To counter violent extremism, we must stand firm and insist on its opposite: peaceful inclusion," Hussein added.