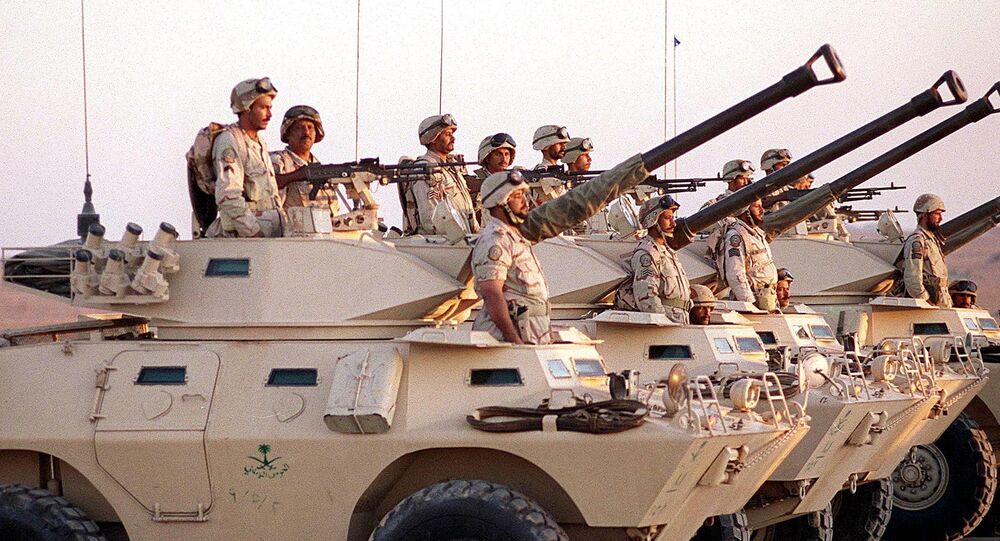 A think tank head has told Sputnik that Saudi Arabia had severed the diplomatic ties with Qatar in preparation for a full-scale invasion of its neighboring country.

© CC BY 2.0 / Francisco Anzola / Doha skyline
UAE: Qatar Must Form 'Road Map With Guarantees' to Restore Ties With Arab States
WASHINGTON (Sputnik) — Saudi Arabia’s decision to cut off all ties with the Persian Gulf state of Qatar may be a prelude to invading the small and wealthy emirate and seizing its wealth, Institute for Gulf Affairs Founder and Director Professor Ali al-Ahmed told Sputnik.

"I project the invasion of Qatar… I have received reports of Saudi military movements near the Qatari border," al-Ahmed said on Monday. "The Saudis: They are preparing."

Al-Ahmed warned that a full-scale invasion of Qatar could occur much sooner than anyone anticipated.

"Check on the frequency of bombings in Yemen… A key sign will be if there is a cessation or major reduction in the number of Saudi air strikes being conducted against the rebel forces in Yemen. That would indicate the Saudis are massing their forces for a sudden move against Qatar instead," al-Ahmed stated.

© Sputnik / Andrey Stenin
Egypt Creates Gov't Board to Monitor Situation After Cutting Ties With Qatar
President Donald Trump and Secretary of State Rex Tillerson, who had close ties with the Saudi royal family during his 15 years as Chairman and CEO of Exxon, would both tacitly support the Saudi invasion of Qatar, al-Ahmed claimed.

"I have it on good authority that Trump has already told the Saudis he would have no objection," he said.

If the Saudis invaded Qatar, they would also be strongly supported by Egypt and the United Arab Emirates, especially the Kingdom of Bahrain which hosts the US Fifth Fleet in the Persian Gulf, al-Ahmed stated.

"The Saudis are very angry with the Qataris… The Saudis won’t ever let Yemen have its independence… Bahrain hates Qatar," he noted.

Saudi Arabia’s leaders were determined to reduce Qatar to becoming a subservient satellite of Riyadh and reduced to servile dependence like the current government in Yemen, al-Ahmed explained.

"The Saudis have two goals: First, to get Qatar into a subservient relationship that is comparable to slave labor. There are to be no half measures. Second, the Saudis are eyeing the massive Qatari reserves of cash. They want it," he said.

© REUTERS / Fadi Al-Assaad
Washington 'May Very Well Join Riyadh's Anti-Qatar Club if Doha Doesn't Behave'
The current Saudi leadership was reverting to the principles of robbery and piracy by which the nation’s father, King Abdelaziz ibn Saud created the Desert Kingdom more than a century ago, al-Ahmed pointed out.

"Saudi Arabia was a state founded on the principle of robbery and looting. That is what the al-Saud originally were: They were desert raiders and looters. They were desert pirates. Now they desperately need money again," he stated.

President Donald Trump had made clear to the Saudis he expected them to pay far larger sums directly and indirectly to the United States to finance their defense, increasing the fiscal burdens on Riyadh, al-Ahmed observed.

"The Saudis need money right and left. Now Trump has made new financial demands on them: They will run out of money. With all those commitments they are desperate for fresh infusions of cash," he said.

The Saudis remained determined to have a leadership in Qatar that is totally submissive to them, al-Ahmed concluded.