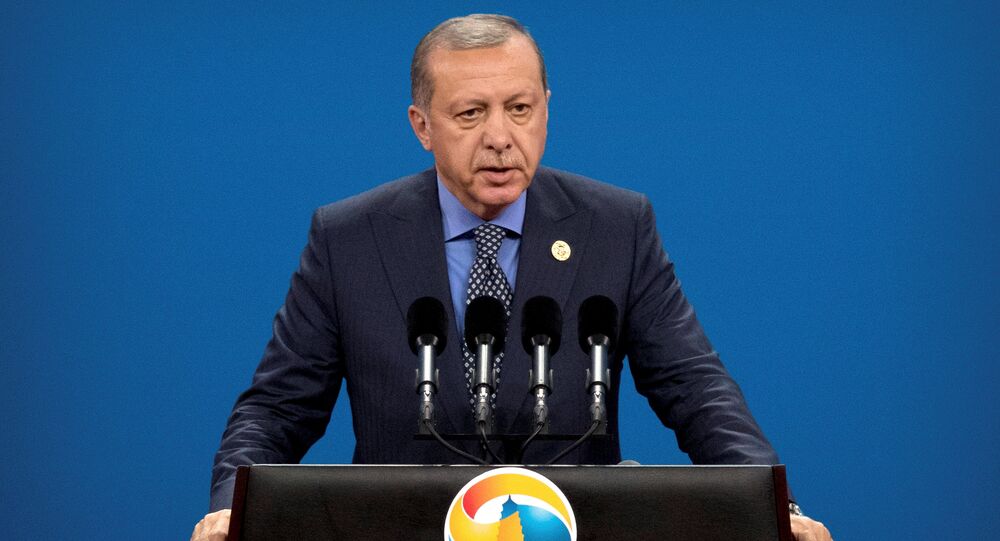 © AFP 2020 / KHALED DESOUKI
Sudan Urges Sides to Qatar Diplomatic Row to Overcome Disagreements
ANKARA (Sputnik) — Earlier in the day, Saudi Arabia, alongside Bahrain, Egypt, Libya and the United Arab Emirates (UAE) cut off diplomatic relations with Qatar amid a row over the latter’s alleged support of terrorism. The initiative was later joined by Yemen and the Maldives. All the countries involved in this diplomatic row, apart from the Maldives, are Arab League member states.

"Our President, as the current head of the Organization of Islamic Cooperation, got actively involved in this [Qatar row] by having phone calls with both some Islamic countries and some Western countries, to resolve the issue," Kurtulmus said as quoted by the Anadolu news agency.

The Kremlin press service said earlier in the day Russian President Vladimir Putin and Erdogan discussed the situation in a phone call, urging all involved sides to engage in a dialogue to "develop compromise solutions in the interest of preserving peace and stability in the Persian Gulf region."